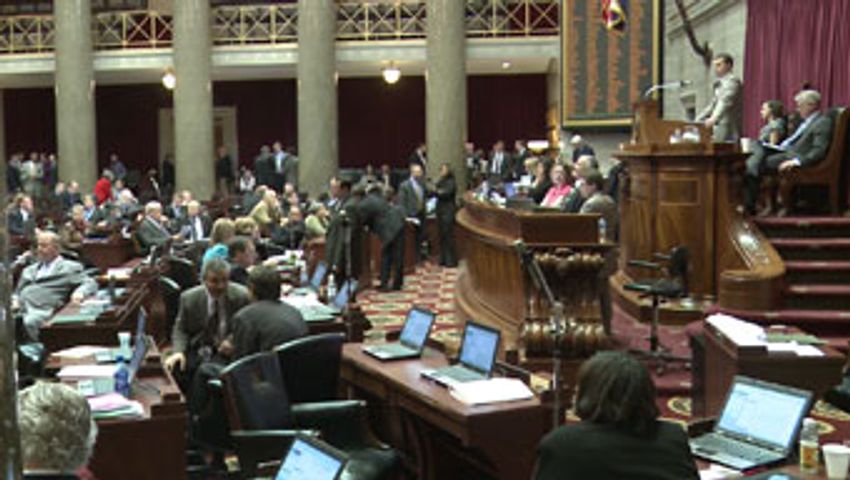 Although Schaefer is the only member of the General Assembly to make an official announcement, House Speaker Tim Jones, R-Eureka, confirmed with KOMU 8 News Friday that he is seriously considering running for the seat.

Schaefer began his career in the Missouri legislature as an assistant to former Attorney General, Jay Nixon in the early 1990s.

Both Schaefer and Jones have histories as practicing attorneys, and both said they plan to use those skills in the role as Attorney General.

Schaefer works as an attorney in a private practice, and formerly served as deputy director and general counsel of the Missouri Department of Natural Resources.

Jones is a member of the law firm of Doster Ullom, LLC in Chesterfield, Mo., as well as a former prosecuting attorney.

Schaefer and Jones most famously sparred with the Department of Revenue over the controversy surrounding its scanning of Missouri licenses during last spring's legislative session.

Schaefer said back in March in the height of the scandal that the Department of Revenue had been violating privacy law by scanning personal documents of Missouri citizens.

In response, Schaefer issued subpoenas to several federal agencies across the state.

"That just goes to show that the tools are there to get the job done if you know how to use them," Schaefer said, "and I have the experience."

Since the end of the session, Jones continued to press the Governor on the issue of license scanning, and said the Governor has since reversed his stance on the issue, putting a stop to the scanning of personal documents.

"I am definitely more than happy to assist Missourians any time the federal government or the state government overreaches," Jones said.

Both Sen. Schaefer and Speaker Jones voted "yes" to overturn the Governor's veto of the bill, despite Koster's concerns of its constitutionality.

Jones said he is busy focusing on the 2014 legislative session, and said he plans to make a final announcement after the session has concluded.

No Democratic candidate has stepped forward to announce his/her candidacy. Schaefer said he believes the seat will be open because many members of the legislature believe current Attorney General Chris Koster will pursue the position as Governor.