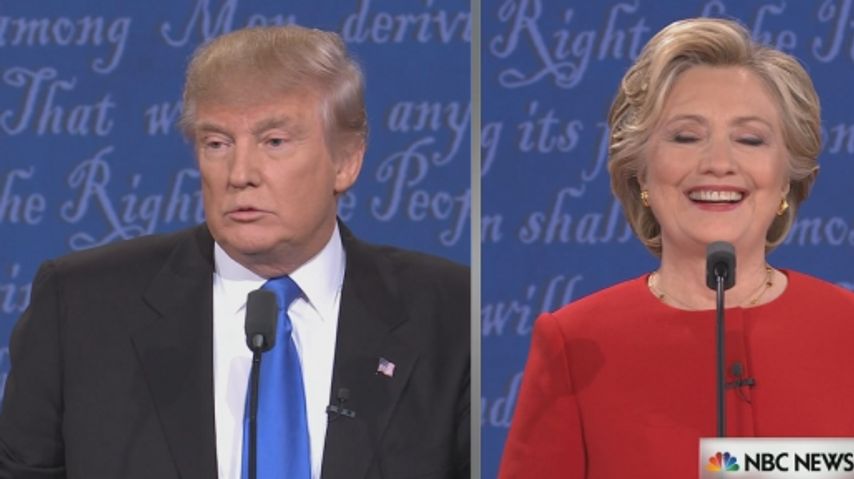 COLUMBIA - Republicans and Democrats both held watch parties in Columbia Monday night for the first presidential debate of 2016.

The Boone County Republican Central Committee reserved a room at D. Rowe’s Restaurant in south Columbia for their members to gather to watch the debate.

Besides plenty of Trump decorations, people brought signs supporting Roy Blunt, Fred Parry and Caleb Rowden. Rowden joined the watch party with some others from his camp.

Steve Spellman, treasurer of the Committee, said prior to the debate that he has been excited recently to see Trump acting more presidential.

"I think people are really watching that as an example to see what he would really look like if he were elected," Spellman said.

Sara Walsh, 19th District Senate Committeewoman, was excited to see so many people come out to support Trump and the party.

"Trump is solid on our constitution and our principles," Walsh said.

The committee has an election headquarters on North Providence Road, and was urging people on their way out to start volunteering more with the committee's office.

Supporters of the Hillary Clinton campaign watched the debate in a reserved room at Shakespeare’s South. By the beginning of the debate, the room was full and people were quiet, waiting for the candidates to take the stage.

Some of the viewers went into the debate hoping to hear more about certain topics.

“I’m really hoping we get into some substance and some policy issues. Especially on foreign policy because I think that’s Hillary’s strength,” said Patricia Doss, a Hillary Clinton campaign volunteer.

There were several signs in support for Clinton throughout the room. Before the official debate began, there was chatter among those present. Once the debate started, there were cheers for Clinton and laughs for Trump.

Among the supporters was Johanna Cox. Cox brought her family with her to the debate so they could learn more about politics. The night was also an emotional one for her as she believes that she could see history in the making.

“I think this is the first time in my life where I’ve seen that a woman really can do everything. I’ve always believed it but I’ve never seen it happen. And for my daughter to grow up in this day and age, to be able to see a woman this close and hopefully become our next president, it’s amazing,” said Cox.

Many viewers stayed throughout the entire debate, eating pizza and making remarks on the comments made by both candidates.