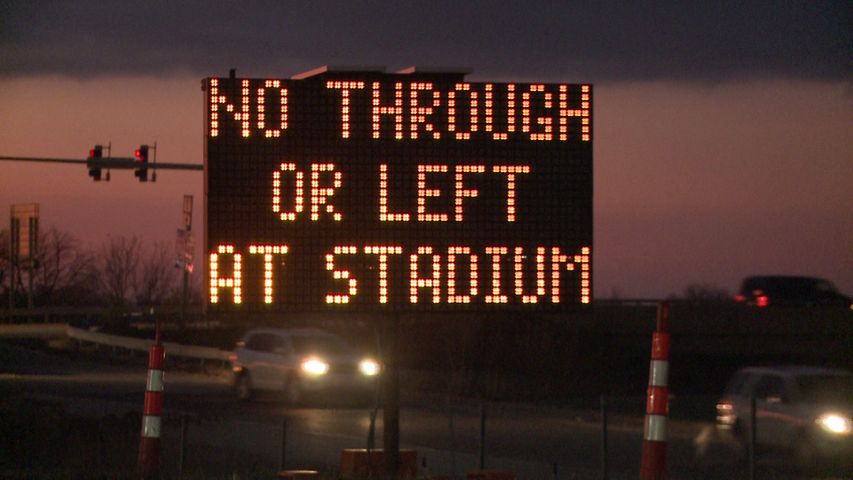 COLUMBIA - The Missouri Department of Transportation  is rerouting some traffic off of I-70 Drive Southwest near Stadium Blvd.

During the holiday season those driving on I-70 Dr. SW can no longer go across Stadium Blvd. to get to the other side of the street; drivers also cannot turn left on Stadium Blvd.

The change took effect on November 21 and will be in place until January 3. MODOT says the changes are being made to ease traffic on Stadium during the shopping heavy holiday season. Those heading west on I-70 Dr SW have to turn onto Beverly Drive then to Bernadette Drive if they wish to go north on Stadium Blvd.

Even though the new feature has only been in place for only a week it is already causing headaches for businesses. The La Quinta Inn and Suites on I-70 Dr. SW is an example.

"The main complaint from out guests is that they can't get to the highway," said general manager Amy Cox. "They have to use the bypass on Bernadette. Bernadette and Stadium is one of the worst intersections in town."

Cox says her employees also face a challenge trying to go to and from work.

"Most of our employees come from that way," Cox said. "I have one employee from Boonville and she can get in but she has to go around to get out. It's an inconvenience."

"I don't really have a problem with it," said commuter Maryanne Mize, who drives on Bernadette Drive everyday.

"But it could be problematic in the evening around 5pm. If  more people will be on Bernadette Drive than I will not be too happy. It is a mixed bag."

"On some level traffic around here is so bad during holiday shopping that it may not matter," Mize said.

This is the second consecutive year MODOT has re-routed traffic on this specific section of I-70 Dr. SW during the holiday season.