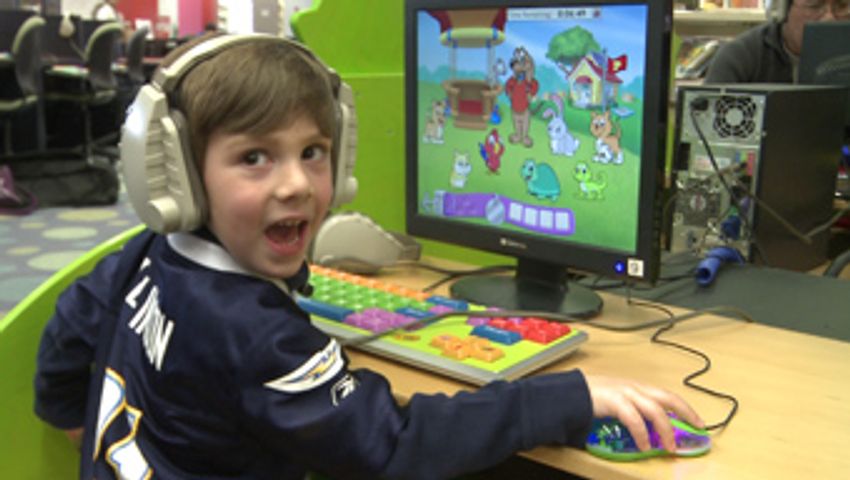 SPRINGFIELD - A researcher at Missouri State University is launching a new study aimed at helping schools understand the pros and cons of technology in the classroom. That includes the range of laptops, tablets and phones that students use these days.

Technology programs are popping up in public schools across Missouri and the rest of the country. Some schools purchase devices for each student while others offer a program called "Bring Your Own Device" (BYOD), which allows students to bring their own devices to school. Columbia Public Schools are starting to integrate iPads into schools as well as allowing students to bring some of their own devices into the classroom. Fulton Public Schools and Jefferson City Public Schools both have BYOD programs in the works as well.

This new trend has schools searching for better budgeting plans to bring computers or iPads to students. Roger Sell said his study should help schools do just that.

"In the U.S. we've had statewide programs in Maine, in Michigan, in Texas, in Florida, and around those have been a variety of research and evaluation studies...So what we've uncovered are several hundred of these studies," Sell said. He thinks it is time for Missouri to do some research of its own. His study, called the Ozarks Educational Research Initiative (OERI), involves 75,000 students in southwest Missouri. Sell said the logistics are not set in stone, but six committees will be put in place to research different ways technology can impact a school. For example, one group will look at budgeting and funding issues and another group will be dealing with legal issues and policy matters. Stephen Kleinsmith is the superintendent at Nixa High School and is helping with OERI.

"We've known for quite some time that technology is nothing more than the teaching tool of our time and we need to use technology to help motivate and educate children that we serve," he said.

Kleinsmith said budgeting becomes the biggest issue when trying to incorporate technology into teaching. Many low-budget Missouri schools can relate.

Sarcoxie High School Principal Kevin Goddard said he would be thrilled to bring more technology into the school, but the funds just aren't there. Right now, the district relies on only two computer labs. Goddard said even if the money was available, most students couldn't even use the devices at home because they don't have the Internet. He said a BYOD program wouldn't work either because the school's network couldn't handle all the devices.

"It's really our network that's weak. I would almost do infrastructure improvements before I bought more technology," he said.

Joplin High School bought its laptops with donated money after the tornado that ravaged the town last year. Principal Kerry Sachetta said the school had planned on purchasing laptops in the future, but had less time to plan when the laptops were basically thrown at them.

"Our original plan is that we were going to bring laptops in sometime in the future. We were going to iron out all those particulars at another time," he said.

Sachetta said it was a challenge training teachers to re-examine the way they instruct students, but he hopes to see benefits in the future.

Before Joplin received its laptops, end-of-course exams put both Sarcoxie and Joplin schools in the same "Average" category. Sachetta said he hopes the added technology will boost his school above its current standings.

"We haven't been able to find yet enough data to say this is better than it was the other way. It's very possible that our end-of-course exams this year may see a little dip or decline because we're asking teachers to teach with a different kind of approach," he said.

"We've looked at things like professional development for teachers and for other school staff, school administrators, school leaders. We've looked at what goes on in a planning process that leads to the implementation, and are there certain features of planning that what's included will make a difference in terms of the kinds of programs that are implemented and then their impact on students and teachers," he said.

Sell said it is important for parents to pay attention to the results as well.

"Parents play an important role here. Both in terms of orienting them to what the program is so that they're on board, but also it's a low-cost insurance plan usually for parents, but there is a cost for the insurance for the device that the student has and the parents do have to be responsible for that," he said.

The study will last two years. Sell said his goal is to find information that will help schools set up their own plans to integrate technology into the classroom. When asked if he thought technology in schools was a fad he said, "There's a fancy word used in the literature, it's called ‘ubiquitous.' It means it's just integrated with everything else and that's kind of when technology really works well. It becomes just a part of your environment. The tools become a part of what you do and if it works effectively that's what the question here is. And under what conditions one-to-one programs, you know, are effective."

To learn more about OERI and school districts involved with the study, click here.