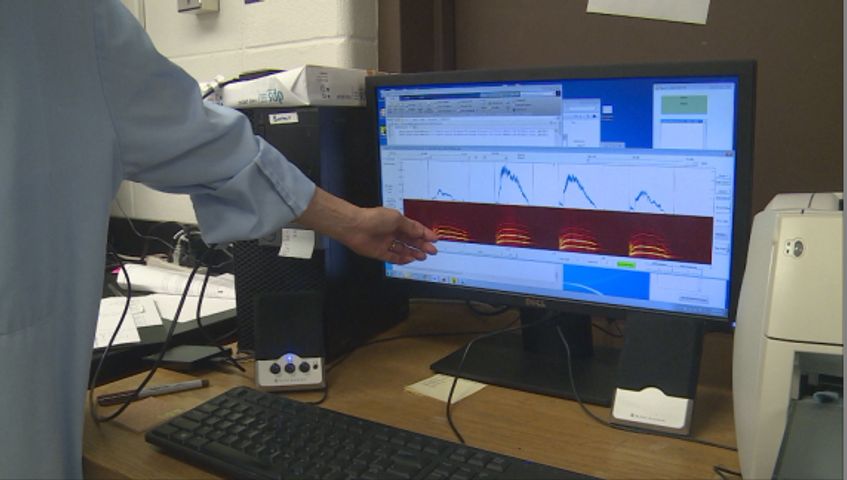 COLUMBIA - A new study shows a correlation between signs of autism in the offspring of mice and exposure to a chemical commonly found in plastics, cardboard and aluminum cans.

Cheryl Rosenfeld, an investigator at the Bond Life Science Research Center, said the chemical, bisphenol-a can act like the natural hormones in humans. The problem is, human bodies cannot regulate BPA.

"When we're hit with these environmental chemicals that act like our natural chemicals, they'll bind to our receptors and basically cause indiscriminate and what we call widespread effects," Rosenfeld said.

She said her animal research can show correlations but cannot show causation.

In the lab, the mice pups exposed to BPA through their mothers or grandmothers showed similar behaviors to that in children with autism, particularly crying behaviors.

"The frequencies tend to be higher in children with autism and, in many ways, what we found in our California mice pups that were not developmentally, but what we call multi-generationally exposed, the grand offspring, they had similar responses," Rosenfeld said.

Stehpen Kanne, a pediatric neuropsychologist who is on the research grant with Rosenfeld, said the vocalization patterns are just one of many behaviors the mice pups and children with autism have in common.

"They won't interact with the mates in their cages as much. Well, that's one of the defining characteristics of autism right there are kids are less social," he said.

Kanne said he's not sure if there's a connection in the behaviors.

"But you have these behavioral correlates that give you hints enough to say it's worth testing in humans if it bears out in this species," he said.

Researchers have been trying to find the underlying cause for the autism for the last 20 years, but it's very tricky, Kanne said.

Rosenfeld said her study has shown adult mice who are exposed to BPA can usually metabolize the chemical and it's doesn't have a big impact. /p>

However, when a pregnant mouse is exposed, the developing offspring is much more vulnerable. Once those mice pups are grown, their own pups show effects to the initial BPA exposure in the grandparents.

"In humans it's very difficult to establish causation, but there are enough correlations so what they usually can do is they'll look at the BPA concentration in the pregnant woman's urine and then they'll  look to see 'how does that affect the odds ratio of the child having autism,'" Rosenfeld said.

Kanne the study on mice provides hints, if not actual evidence.

He said, "Well, if we can find it there, maybe even prove it there or change it there, what could we do on the human side?"