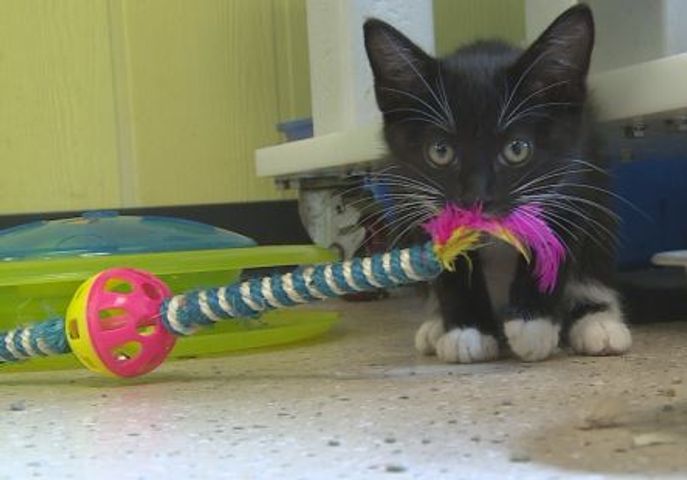 COLUMBIA - You've heard of therapy dogs, or even therapy horses. But the Thompson Center for Autism is trying a different avenue for animals who can help people.

The Research Center for Human-Animal Interaction, or ReCHAI, is working on a program called Feline Friends to study how cats can help children with autism.

"We'd like to learn to what extent having a pet, such as a cat, which is a nice quiet, soft companion animal, is beneficial for children's social interaction and anxiety," Johnson said.

ReCHAI Post Doctoral Fellow Gretchen Carlisle said this study will benefit both the families and the cats.

"All the cats in this study will be permanently adopted by the families, so this will give the cats an opportunity to have a forever home," Carlisle said.

"One of the important things about this study is that cats have not been studied as much as other animals, and we would like to provide more information for families of children with autism because the match of an animal as a companion is so important to have positive benefits in these families that are stressed and have so many risks," Carlisle said.

Johnson said some studies have been done with other animals, but usually not cats.

"Many studies have engaged dogs, and there has been a fair bit of research on horseback riding for children with autism," Johnson said. "Sometimes, a soft, quiet animal is more beneficial for children with autism because dogs can often be exuberant and kind of in your face, whereas a cat is a more quiet companion and is less demanding of your attention and your time."

Dr. Casey Clay, a behavior analyst at the Thompson Center, said it's working with children on improving deficits.

"Some typical symptoms of autism are deficits in social communication areas," Clay said. "Also, we see a lot of repetitive and restricted interests."

The Thompson Center currently has one facility dog named Rhett.

ReCHAI is trying to raise $29,000 to fund Feline Friends. Donations can be made here.