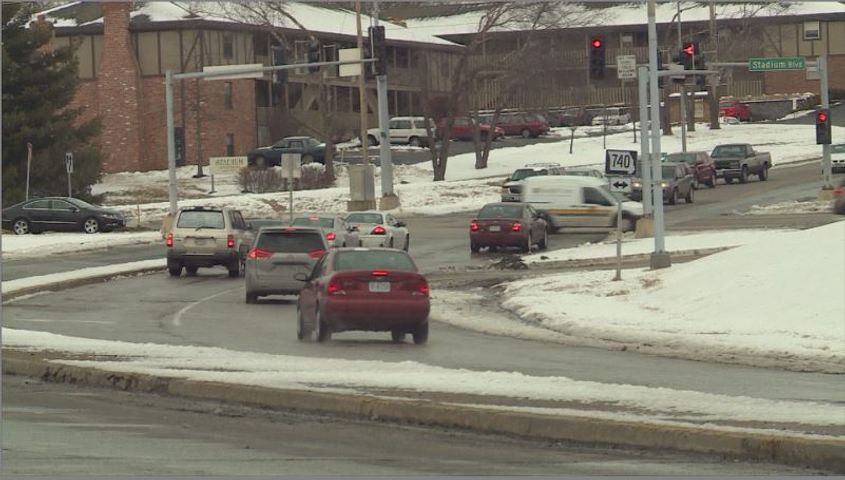 COLUMBIA - Residents can ask questions and preview designs about improvement plans to a busy intersection in Columbia.

The intersection of Old 63 and Stadium has been approved for improvements. The design plan will be available to the public at an open house meeting Tuesday from 5:30 p.m. to 7 p.m. at Shepard Elementary in Columbia. City engineering staff will be in attendance to answer questions.

The plan includes the addition of sidewalks and crosswalks for pedestrians. It would also add a second turn lane on Old 63 to Stadium to relieve traffic congestion. The improvements would include repaving the entire intersection.

The plan can also be viewed on the city's website.

The improvements will cost about $1.2 million according to Columbia Public Works. The cost will be split 50/50 between the city and the Missouri Highways and Transportation Commission.

The city expects construction to be completed sometime in 2016.