Residents and Visitors Leave Resolutions for Public to See 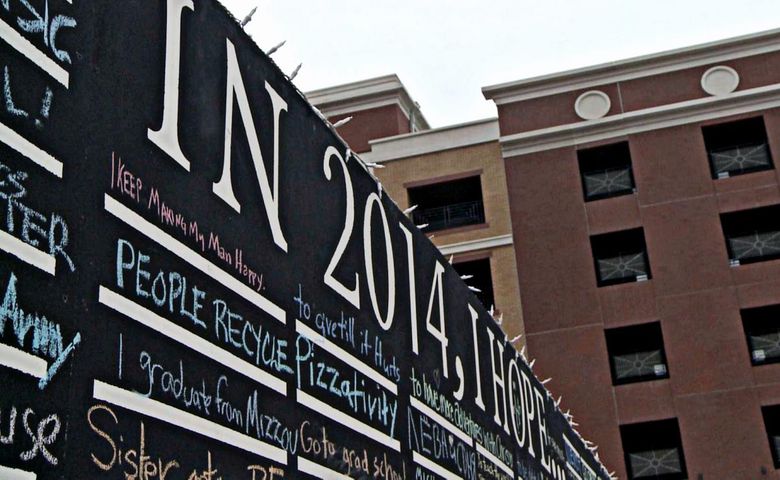 COLUMBIA - Hundreds of people living in and visiting Columbia publicly made their wishes for 2014 just in time for the new year.

The Broadway hotel put out a chalkboard titled "In 2014, I hope...," leaving people to write their own wishes for 2014. Residents and visitors filled more than 200 spots to bring in the new year, and the majority of the messages were heartfelt.

Joshua Kezer of Columbia said he believes the idea behind the resolutions are sincere, but to him they're kind of pointless.

Kezer also said he doesn't believe New Year's is all about the partying.

"Every year, I experience it differently," Kezer said. "For me it's about freedom [and] appreciation for life. It's a reminder that I've been in worse places on New Year's Eve."

There were still about 30 spots left for the public to write on the board Wednesday. You can visit the location at 1111 E. Broadway in Columbia to write your own resolution for 2014.