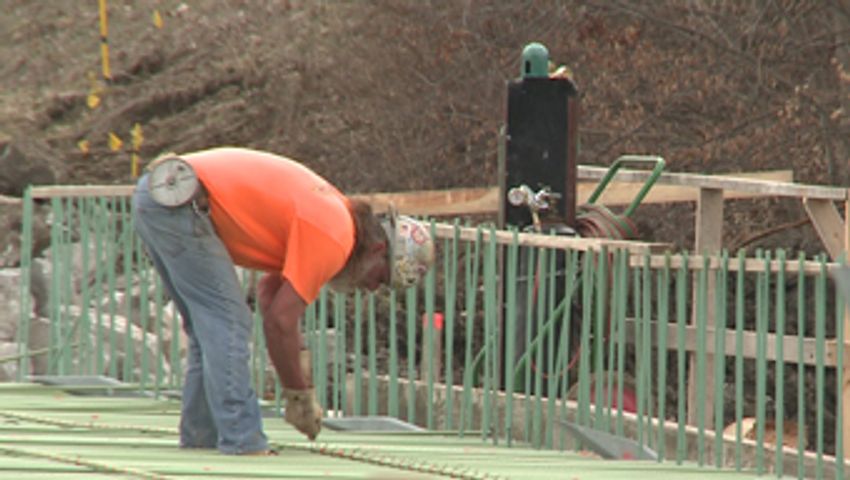 COLUMBIA - Tuesday marks the 30th day of work on the Highway WW bridge in east Columbia. MoDOT crews started work in Feburary to replace the 50-year-old bridge, sending countless drivers on detours to get around it. The deadline set for reopening is set for April 15, and MoDOT District 5 Coordinator Susan Ball said the work is right on schedule.

"The progess on this project has gone really well considering all the weather," Ball said. "We've had rain, we've had snow, but they are getting ready to pour the bridge deck on Friday."

After workers pour the bridge deck, the surface cars actually drive on, the cement will need 10 to 14 days to cure. MoDOT crews still need to install guard rails and a barrier wall. But Ball assured drivers the work will be done in time.

"The deadline is April 15, the day they want to get it open and it looks like they're going to hit that," Ball said. "I don't know if I want to speculate on getting it open [early] or not. You always hope for that, but with this weather, it's supposed to be spring, but then it sometimes acts like winter, it's really hard to say."

Local resident Nancy Russell has watched the construction since day one from her window. Russell's driveway is just feet from the bridge.  She said she's ready for the noise and long drives to come to an end.

"They told us 54 days and when it came to the half way point, you know I was having kind of a mini rejoicing there," Russell said.

Russell takes Rolling Hills Road to New Haven Road to get back into town. The seven mile detour is her shortest option. Still, she said it attracts a lot of other traffic.

Boone County Public Works worked Tuesday to fill reoccuring pot holes on Rolling Hills. Chet Dunn a road maintenance superintendent with Boone County said Rolling Hills is not made for the traffic it's gettng. Dunn said has fixed pot holes before, just a week and a half ago.

"We got our hands full," Dunn said. "With the increased traffic, it's hard to correct the road the right way."

Other detours include the route MoDOT suggests going east on I-70 to Route J, which covers 22 miles. Some take St. Charles and Olivet totaling 8 miles.

While the extra travel time and construction sounds are a pain, Russell said it will be worth it in the end.

"The bridge was handling a tremendous amount of traffic," she said. "I don't want to keep traveling this much traffic on a 50-year-old bridge that they're just patching together year after year."