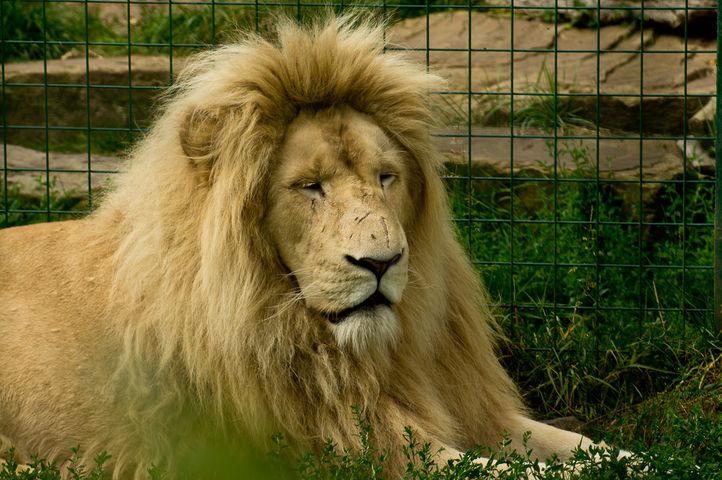 BOONE COUNTY - Four large dogs compete for Dale Tolentino's attention. Chickens chase each other in the distance. As the owner of D & D Farm and Sanctuary, he has only gone on one vacation in the last 39 years.

That's because his farm is home to more than a hundred wild and domestic animals. Lions, bobcats, llamas--you name it, Tolentino owns it. But they're not for show. The sanctuary is only open to the public eight hours a year.

Deloy Herring lives right across the street. He heard about the occurrence in Ohio, when a man released 48 exotic animals and then committed suicide, but Herring is not afraid of that happening in his backyard. Herring says he likes to brag about his location to his friends.

"People find it hard to believe that I live across the street from lions," Herring said. "You know, I'll say, no, real live African lions. I mean, full-blown hair, mane, the whole thing."

Boone County Animal Control officials say Missouri is one of the most lenient states when it comes to allowing wildlife as pets. There are more laws about owning dogs than there are about owning tigers, for example.

Tolentino started the farm after a neighbor brought him three baby squirrels in 1992. "Next thing you know, someone had a tiger that was a starvation case and weighed 90 pounds," Tolentino said. The tiger had become 90% blind from malnutrition. After six weeks with Tolentino, the tiger gained 140 pounds and regained eyesight.