Residents Dress Up In Costumes to Protest City Action 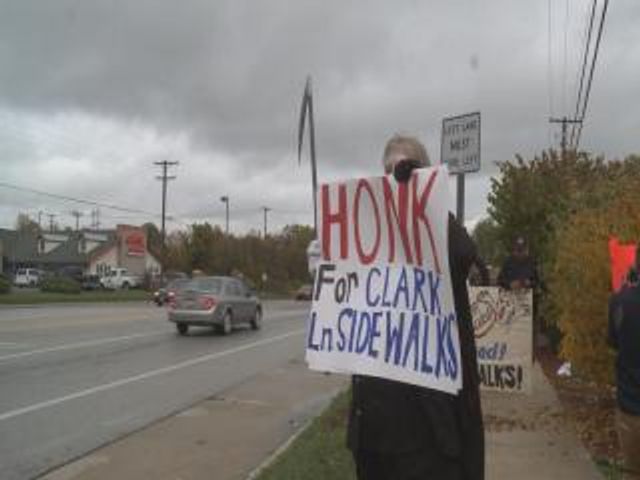 COLUMBIA - A group of Clark Lane residents dressed up in Halloween costumes rallying for sidewalks in their area, Thursday night.

The residents say the narrowing part of Clark Lane by one foot and the addition of a six-foot-wide striped asphalt shoulder is not enough to keep residents safe.

"People that are walking down this road are usually just trying to get to bus stops or these establishments safely, and we can't do that without sidewalks", said Kate Shannon, a resident of Clark Lane.

For them, Halloween and the protest are a perfect fit.

"Trying to walk on this road is terrifying and people associate being terrified with Halloween, so we thought it was a pretty good association," Shannon said.

In past city council meetings, the city has said the reason they can't add sidewalks immediately is because Clark Lane isn't a city road and the city would "have to coordinate with MoDOT and the federal government in terms of environmental clearances", meaning more time is needed before they can begin work.

But Shannon says the residents need them now.

"We have come in contact with people that have been hit or nearly hit by cars on this road and we actually had someone at one of our other demonstrations show up with the rearview mirror that hit them," Shannon said.

The improvements will be paid for with $400,000 left over from the last budget. A meeting for residents to voice their concerns will take place at Blueridge Elementary School on Nov. 6 from 5:30-7:30 p.m.