Residents Fed Up with Panhandlers, Police Say It's Legal 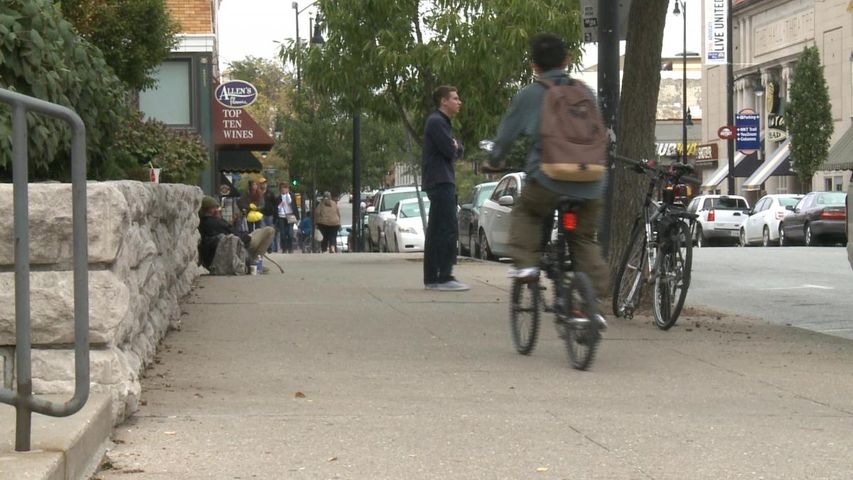 COLUMBIA - Some downtown residents are fed up with the constant panhandling from Columbia's unsheltered homeless population, but police said those being harassed need to step up and file complaints to help fix the problem.

Allyson Schwartz used to live downtown in an apartment complex, and said the homeless people made her feel unsafe.

"Different people would sit outside my apartment complex everyday and ask me for money and it just got worse and worse," Schwartz said. "One day I came home and a guy was peeing in front of my door on the second floor."

She said she thought the number of homeless people downtown increased over the year she lived there and that she decided to move because of them.

"I was paying top dollar to live there and never felt safe," Schwartz said. "I was asked for money everyday and I feel bad, but I don't have extra money to hand out. I finally just decided to move this year."

Schwartz said she thinks the police should do more to move along the homeless people who congregate in the same places every day.

"I know the police officers are downtown every day so it just makes you wonder why they don't notice these people in the same place everyday and ask them to move along, " Schwartz said.

Jason McClintic is a downtown unit officer for the Columbia Police Department and said panhandling itself is not against the law unless it is aggressive or too close to ATMs, banks, or business entrances.

"Panhandling is not illegal," McClintic said. "Aggressive panhandling is illegal and that's kind of subjective."

McClintic said officers will arrest the homeless if they're destructing property or trashing areas but said it's hard to arrest them for aggressive panhandling unless the victims file and pursue a complaint.

"We need cooperation from those being bothered," McClintic said. "If they feel their peace is disturbed enough that they want to take it to court, that's where the arrest comes in."

McClintic said he advises anyone who feels like the panhandling is aggressive or uncomfortable to contact the police.

Cyndy Chapman is a Regional Director for Development for the Salvation Army and said the most recent figures of unsheltered homeless people in Boone County are from 2012 and show an increase.

"The latest figures that have been released show in January of 2012 they found 50 unsheltered homeless people and in July on 2012 there was a little over 100," Chapman said.

She said Harbor House and other homeless shelters have rules forbidding their residents from panhandling.

"If you're a shelter resident and you're found to be panhandling, you must leave," Chapman said.

Chapman said some of the unsheltered homeless people either couldn't or don't want to follow the rules of homeless shelters or prefer to live on the streets.

"Some of them choose to be unsheltered because they tell us they don't want to follow the rules of the facility and some just like to be able to be free and do whatever they want to," Chapman said.

Residents of Harbor House must follow rules such as a 10 p.m. curfew, not starting fights, visiting your case manager regularly, actively looking for a job, doing community service hours if they cannot work and must remain sober.

Harbor House is currently full but refers anyone needing assistance to other area shelters.