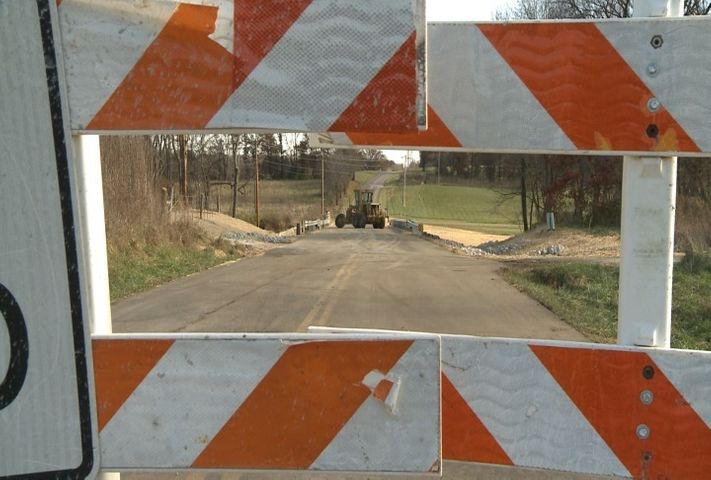 COLUMBIA - A portion of Mexico Gravel Road between Highway PP and Route Z was closed on September 19. It remains closed, even though  Linda Watson, who lives off of Route Z, says she was told it would be closed just a month.

"We were told at the beginning that it would just be about a 30-day repair and now we're going on 90 days. Nobody seems to be able to communicate to us why it's still closed," Watson said.

Watson, who teaches at Two-Mile Prairie Elementary School in Columbia, said she's not the only one who has had to adjust her routine due to the closure.

"It's caused lots of problems for parents coming this way and our school buses are using different ways to get to the kids," Watson said.

Matthew Story, an iron worker who knows about these types of bridge repairs, said it doesn't seem like this project is taking any longer than usual.

"This [two months] is about the time frame you usually look at when you're talking about this sort of bridge repair project," Story said.

A concerned parent, Melissa Moore, said the closure complicates her daily route, because she has to travel to different schools around town to pick up her kids.

"From here [Two-Mile Prairie Elementary] I have to go to Lange, and then to Battle and I can usually take Mexico Gravel as my short cut. That would save me about five to 10 minutes and I wouldn't have to get on I-70," Moore said.

KOMU 8 News reported in August, 2015 that 641 bridges in Missouri were in critical condition. Repairs like this one are part of an effort to fix those structurally unsound bridges and make them safer for Missouri drivers.

Watson and Moore hope the repairs are done soon so they can return to their normal routine of driving to school and into town without having to go out of their way.