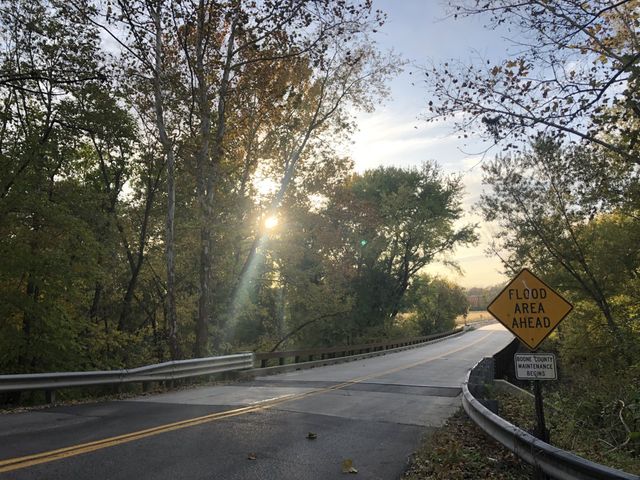 Residents are concerned with potential flooding problems and increased traffic on the Gillespie Bridge.

COLUMBIA—A development plan that includes building a 35-home subdivision on a floodplain has residents near Gillespie Bridge concerned.

The subdivision was proposed by Fred Overton Development Inc. and will turn 17 acres of mostly undeveloped rural land into residential property.

“The acre lots are very, very tiny for what Fred Overton is proposing,” Mary Jacks said.

“His development does not appear to gel with what is already a rural setting,” she said.

Jacks lives right next to the site where the houses would be built. She said this area has stayed the same since she first moved in 15 years ago.

“It’s just taken 40 years for that to happen out in this area,” Parry said.

In a news release KOMU received, the Perche Hills Neighborhood Coalition group met with both City and County Planning and Zoning Commissions to discuss their issues with the plan.

The news release also says that 35 households and 73 members of the coalition group raised concerns over the plan.

With a doubled population, the group says that it is concerned with emergency services’ access to the area during flooding events and road safety due to increased traffic.

“The bridge is 30 miles-per-hour, it ices over, so to have a massive development out here without a plan seems ridiculous to me,” Jacks said.

Flooding is nothing new to these residents as they saw huge flooding of the Gillespie Bridge in 2015 and again earlier this year.

“There is a possibility, as there is anywhere in Boone County, that your property could flood,” Parry said.

“The developer has met every requirement that the county has laid out there, and the developer really had some significant hurdles to climb,” Parry said.

The development plan was first approved by the Columbia City Council. Now, the Boone County Commission will have to approve it.

The final vote is scheduled to take place on Tuesday, October 29 at 7 p.m.