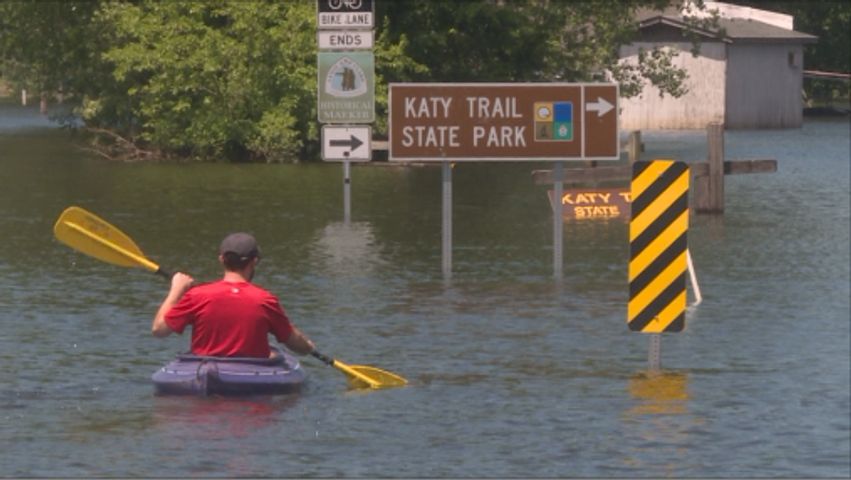 COLUMBIA - Columbia residents are finding new ways to make the best of the flooding that has sent some of their favorite areas underwater.

The portion of State Highway K that leads to the "Big Tree" and Katy Trail is closed, as both spots are flooded.

The area is usually populated with hikers and bikers who use the trails, today the trail was home to a new sport.

Marshall Basham, a student at MU, decided to kayak the flood waters with his friends and attempted to make it to the 'Big Tree'

"We just all had the day off and we were looking for something to do," Basham said.

Basham and his friends checked out the water yesterday and they decided it wasn't too dangerous for kayaking.

Other residents took a more traditional route and decided to turn around.

Jim Jackson, who bikes the trail frequently, attempted to bike the trail today. When he saw the flooding he decided to change plans.

"I was headed out for a bike ride, but I kind of have other plans now, I'm going to have to turn around, the water is too high," Jackson said.