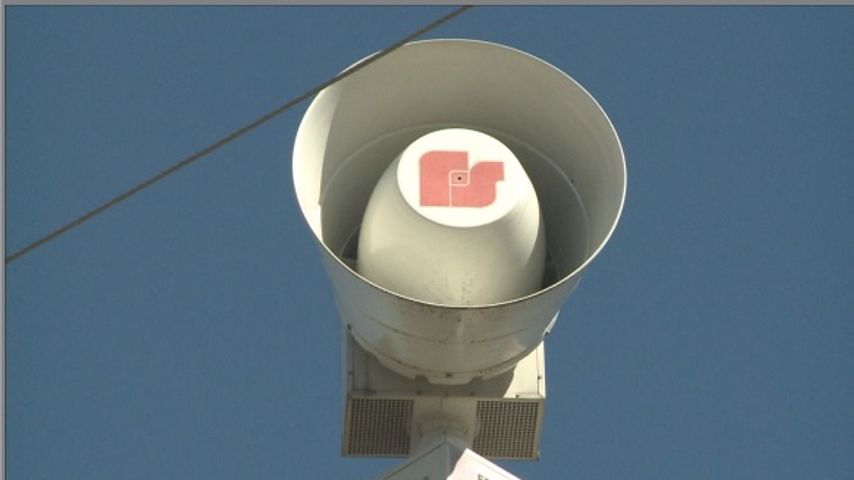 BOONE COUNTY - Tornado sirens sounded at 6:30 Friday morning due to an dispatcher error, according to the Columbia/Boone County Public Safety Joint Communications.

"We do a radio test each morning for the Columbia Fire Department, and there are pieces in the computer that allow you to select which tones to send out," Martin said. "It was simply an error on that part of choosing the... wrong tone to be sent out, which activated the sirens."

But this is not the first problems Joint Communications has faced in October. Thousands of Columbia residents were without 911 service on Oct. 11, but Martin said that wasn't a 911 problem.

"It was a problem with CenturyLink around campus where they weren't able to dial out," Martin said. "So, in essence, yes, they could not dial 911, but it wasn't a 911 problem like it was a few days prior to that where it was isolated to the 911 equipment that CenturyLink uses to process our calls."

Martin was referring to a separate incident that happened Oct. 8 when Joint Communications had problems receiving 911 calls. He said that was a 911 problem.

But citizens don't have reason to worry about 911 services now, he said.

"Equipment fails in any industry," Martin said. "It's just when this one happens, it's really bad and affects a lot of people, so there's no way of getting around that."

KOMU 8 talked to some Columbia residents to see how they reacted to hearing the sirens.

"At first I thought, 'Is this Wednesday?' But then, it's not Wednesday and it's not noon, so at first, I thought, 'Well maybe I should turn on the television, turn on the radio to see maybe what possibly could be happening,'" Theresa Rogers said.

Rogers said she wasn't too concerned though.

"But we didn't have any bad weather going on or anything like that so I didn't really think that much about it so I just went about my business and got ready for work," Rogers said.

Dan Benthall said after hearing the sirens, he looked outside and saw nothing but clear skies.

"When I didn't see the tree limbs or the leaves blowing, I knew it probably had to be a malfunction, or usually, a lot of people cry wolf," Benthall said. "It seems like the sirens go off a little too often in Columbia as it is."

"At the time that this happened, we already had some meetings in place to talk about the new communications center and new software, new phone system and then redundancy for that," Martin said. "So the meeting that was already scheduled will now have a little different topic or another item on the agenda probably."