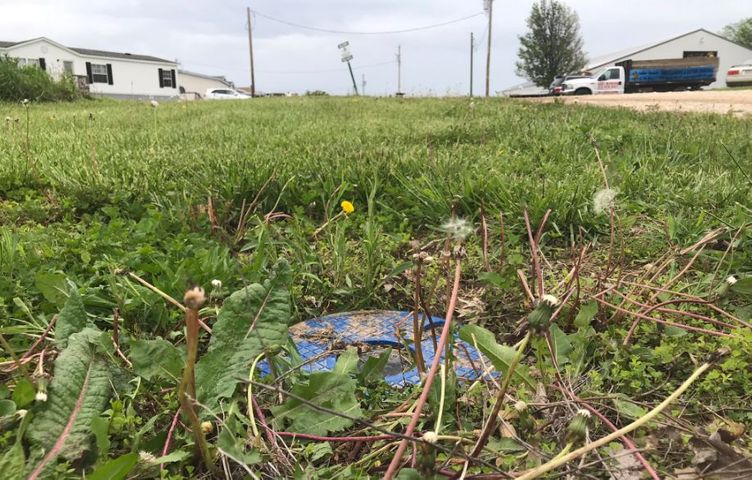 FULTON– People living in a Fulton trailer park woke up with no water Wednesday morning after the landlord missed his payment, according to Boone County Water District Number 9.

The group says it already has strained relations with the landlord, Matthew "Todd" Castle. The people say he has handed out multiple eviction notices, including one for "having one inappropriate thing on your porch."

Two people who talked to KOMU 8 News said the water issue is "the last straw."

"There have been other issues that he makes people buy homeowners insurance when their name is not on the title to the home," one resident said. "He doesn't make repairs to the home, to any homes, that's all on the tenant."

The resident said she feels like she is walking on broken glass.

"I literally look every month for an eviction notice for one thing or another," she said.

Another resident said she worries about retaliation.

"You shouldn't treat families this way and take advantage of people. It's just not good nature. You know, we shouldn't have to live in fear, and get anxiety every time we see you," she said.

Castle told KOMU 8 he believes some of the complaints are being motivated by his efforts to evict a resident accused of stealing money.

Castle said Wednesday's issue - the water outage -  only lasted 30 minutes. He said he tried to pay his water bill earlier this week, but the building was closed.

“I haven’t missed a payment in 20 years,” he said. "It was a mistake. I didn't shut the water off on purpose."

When asked about his response to the allegations of eviction notices, he said no comment.

When contacted by KOMU 8 New Wednesday morning, Boone County Water District confirmed Castle was on his way to pay the bill. The district also confirmed Castle had not made a payment since March.

The water district said anytime it is closed, a drop-off box is available.

One of the three residents who spoke to KOMU 8 News said they are worried about not having water while having children at home.

“With a disabled child, and three other kids that have various disabilities, I have to provide for my kids, and make my home as safe as possible,” one said.

The residents said they're anxious over the situation..

“I can’t describe how it feels,” one resident said.

Another said, “Why do you do this to innocent families? You know, you’re the prime example of a slumlord, you should take pride in what you own.”

The people who spoke to KOMU 8 News asked to remain anonymous because they feared retaliation. We agreed to honor that request.