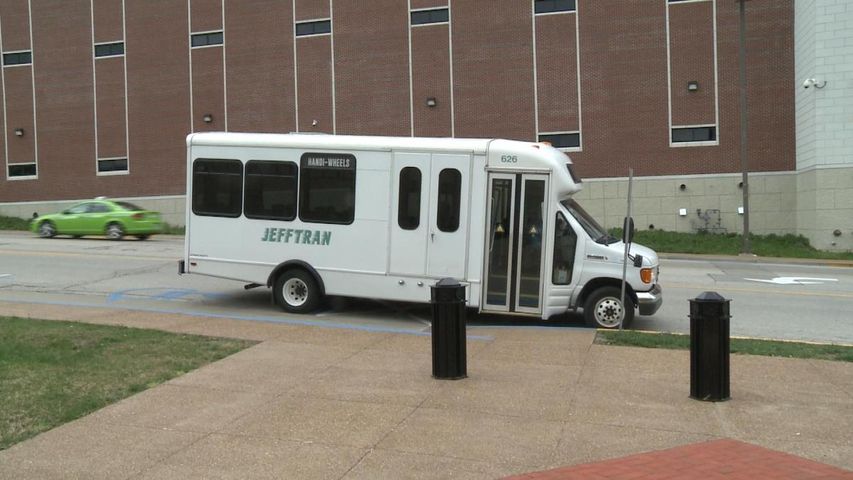 JEFFERSON CITY - For Jefferson City residents like Brian Weikamp who is visually impaired, Jefferson City Public Transit is the only way they can often get around town.

"I use JeffTran every day, because I am visually impaired and cannot get around any other day," he said.

Weikamp said if the city was to cut JeffTran service during the day, he may have to rely on other transportation options, with costs that will add up quickly.

"Not having it would be a real hardship. I mean, the other option would be to use taxi service, and for a lot of people who are on a limited income, it could be quite costly."Weikamp said.

The city held an open-house style meeting Thursday to obtain residents' input about the change in transit services.

Jefferson City officials are proposing to reduce the JeffTran budget by about $138,000 for the next fiscal year. In order to accomodate the lack in funds, JeffTran service may be stopped between 11:20 a.m. and 2:40 p.m.

"We are the capital city, we need to be there for those people who need it most," Gershwin said.

She also said she often wonders why when the economy is down, public transit is the first thing officials look to cut down on.

But Transit Director Richard Turner said when looking over how to fix the budget, they only had one option.

"We had no choice, we had to look at cutting transit," Turner said.

Other residents said before transit officials decide to cut transit, they should "park their family cars and use transit for two weeks" to see how it feels to be dependent on the public transit system.

Residents told transit officials they think what Jefferson City needs is some sort of public transportation commission or board, similar to the one in Columbia, to oversee transportation decisions and intervene when issues like transit cuts come up.

"If you really want this city to grow and be something, then don't sit back and let transit hang on by a thread. Get serious and create a public transportation advisory commission, but make sure it becomes powerful so our city can become powerful," one resident said when addressing officials.

Written comments and concerns from Thursday's meeting will be put together into a packet, and delivered to Jefferson City city council members. They will then discuss those concerns and suggestions at a city council meeting on May 6 at 6 p.m.