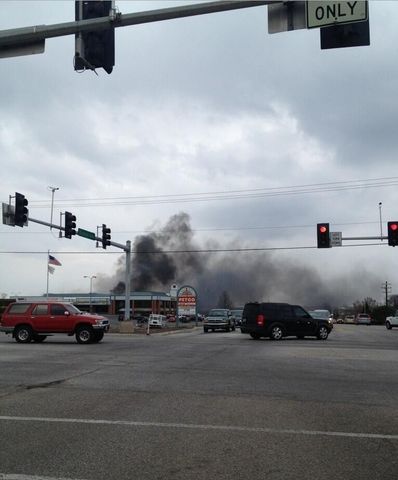 COLUMBIA - A group of former Ash Street Apartment residents plan to join a lawsuit against Mills Properties in the aftermath of a fire that tore through the building about one month ago.

Ashland attorney Matt Uhrig said he is representing a total of 11 of the clients who were involved in the apartment fire. Uhrig expects ten more tenants to join the suit next week.

Residents are upset with the property manager for allegedly not disclosing existence of asbestos in the building and for not having proper fire sprinkler systems installed, according to the lawsuit.

Mills Properties spokesman Mark Farnen said when Mills determined the fire disturbed asbestos, the company instructed residents the structure was too dangerous to enter and that they could not retrieve personal belongings.

But Uhrig said none of his clients received any documentation showing that their belongings were, in fact, contaminated and that Mills has no legal standing to withhold the items.

Farnen said Mills has hired a company to test the air quality around the apartments to determine if that portion of the building is safe.