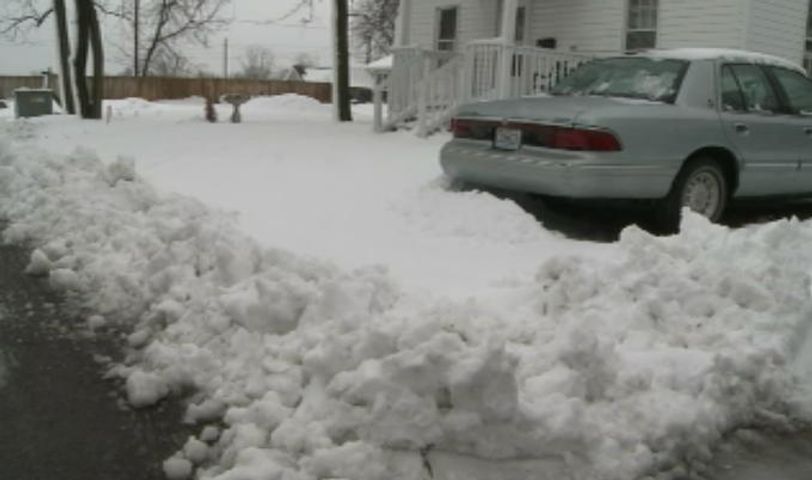 COLUMBIA - MoDOT and city crews have been working to clear main roadways, but some residents said they have overlooked smaller, neighborhood streets. With snowfall reaching nearly a foot last time around and about eight inches this time, the snow left cars and driveways buried.

"I spent a good half hour to 45 minutes just digging my tires out and trying to get out of the driveway," Columbia resident Jarred Manse said.

Manse said he wishes he had a little more help from city workers.

"They do a pretty good job between the plows and the car traffic, getting those clean. But, I wish they did a slightly better job on the back streets and side ways," Manse said. "That's the first plow I've seen so far with these last two snows so I guess they're starting to plow the side streets at this point."

Private companies said they are working with an all-hands-on-deck approach to get neighborhoods clear. Heath Ellingsworth works for the Can Do Crew, a company that does maintenance for homes in Columbia.

"The snow is a lot heavier this time. It was really light last time. It was a lot easier to push. This packs up really, really hard. Last time we were shoveling for 13 hours. It was pretty crazy," Ellingsworth said.

For those who rely on city workers to clear their streets, now it may come down to using their backs.

"I'm going to have to dig this out if I want to get out tomorrow. I was hoping that the plow would come by and clear some of this but looks like they're just doing that one swap through the street. So, looks like it's going to be a little back grease."