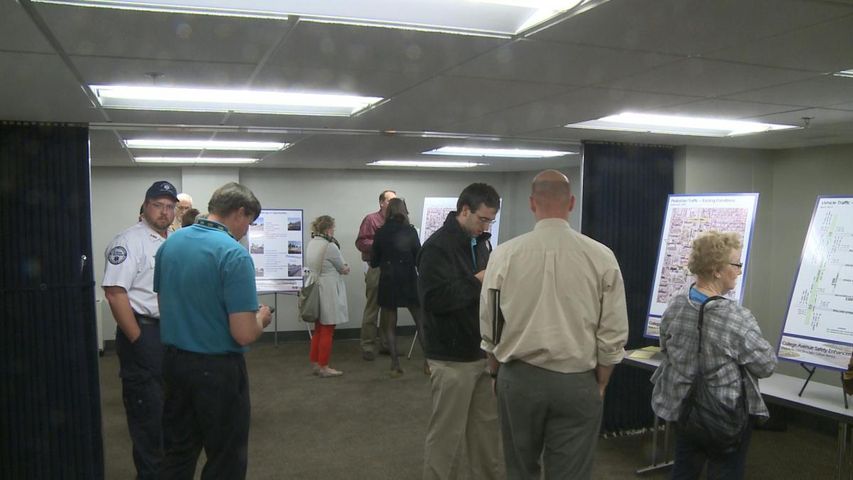 The City of Columbia has a $824,000 grant for the project. The city will develop three alternatives for crossings and/or medians, then present those to the public in another open house meeting, then eventually take it to city council. The city doesn't expect it to be ready for city council until mid-to-late 2014.

At the end of the study, a plan was proposed to insert a median along College Avenue. Within the median there would be two mid-block crosswalks. If this plan were put in place, many people fear the city would put a fence on top of the median to prevent people from walking across where there is no crosswalk.

"We don't have anything like that designed yet," Scott Bitterman, the street manager of Columbia, said.

"There's some concern about a vertical barrier. Some folks don't want to lose a left turning barrier that they might have today. Other concerns are aesthetics."

Most of the people who showed up for the meeting at city hall were against what the city has developed thus far.

"I'm not happy with the plan because I don't think it'll solve the problem," MU student Bobby Hofman said. "I don't think that you can litigate safety and I think that this will actually just further the problem and make it more dangerous because they're going to be trying to squeeze all of the residents of East Campus into....two crosswalks."

There is no set date for the next public meeting.