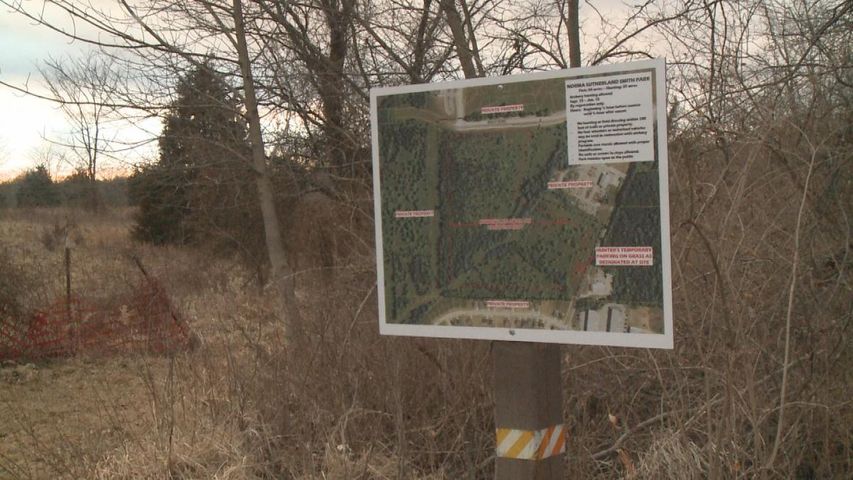 The park is around 50 acres off Waco Road and Brown Station Road.

In the development plans, the park will have more parking spaces, fishing ponds, a skate park, tennis courts, a playground, a fitness trail, and shelters.

However, some residents who live in Tuscany Ridge, a neighborhood just a few yards away from the park, have expressed concerns about what exactly they will be seeing outside of their homes.

Dave Sill, a Tuscany Ridge resident, says his concerns are related to the department's plans to construct an extreme fitness trail.

"My main concern was that there would be an extreme fitness trail, there will be some obstacles, some tractor tires for people to flip over, some giant adult size monkey bars." he said. "We made the request that they move those obstacles so we don't see them outside our bedroom window."

According to senior parks planner, Matt Boehner, the residents' concerns have been affecting how the department plans to develop Smith Park.

"We read through all the comments and address them in the plans," Boehner said. "Right now they are just proposed plans, so we are still moving features around."

According to Boehner, the biggest concern the residents have brought to the department's attention involves having a path through the park that will connect nearby neighborhoods to the Alpha Hart Lewis Elementary School.

The department hopes to start the park's development this Fall.