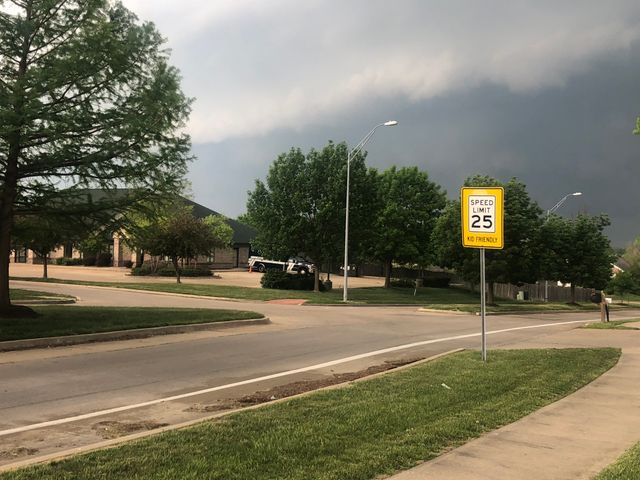 The city’s traffic score sheet shows speeds as high as 48 mph on the 25-mph road.

This calming project looks at Rain Forest Parkway from the Providence Road intersection to the Range Line intersection. It is number five on the 2017 Neighborhood Traffic Management Program Priority List.

Members of the neighborhood were invited to the meeting to voice concerns and learn about possible solutions, which include speed humps, speed tables, and bulbouts.

Taylor Shelton, the street division’s engineering specialist, presented the pros and cons of each calming device.

Rain Forest Parkway currently has one speed hump. These are effective, the least expensive and require minimal maintenance, but are also an inconvenience at times since they are unavoidable.

Deborah Kupferer lives on Rain Forest Parkway and attended the meeting to share her opinion about speed humps.

“There’s one right behind my house,” Kupferer said, “but people screech up to it and screech again. I think it has to be...all the way up the street to keep it steady and keep it safe. There are kids down that street and people just haul through there.”

Other residents expressed concerns about the safety of children and the nearby daycare centers, runners, and other pedestrians.

Shelton said, “The members of the community are the ones that drive the street every day and they’re very cognizant of the specific issues going on and we’d really like to hear from them to get started on our designs.”

The city is having a three-week commentary period before the next meeting, where they will showcase a proposal for the community at another public meeting. Afterwards, they will present the design to City Council.