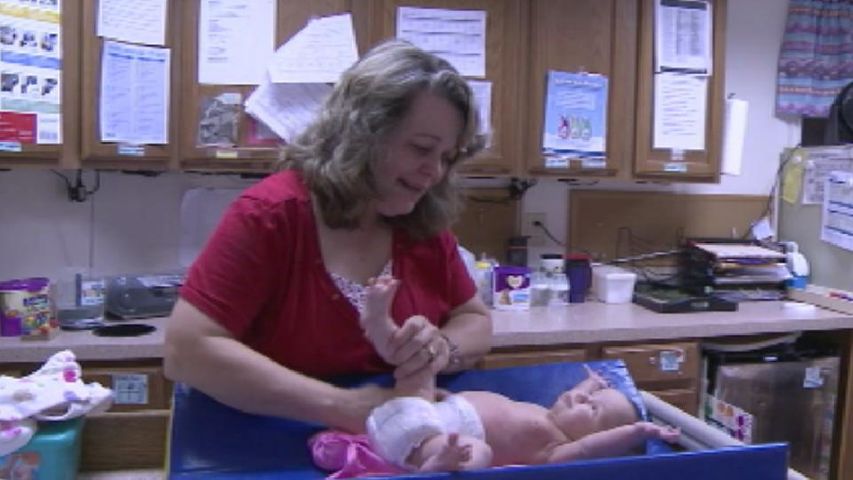 JEFFERSON CITY - Missouri children are receiving millions of dollars less from the state this fiscal year compared to last.

Both the Department of Social Services and the Department of Elementary and Secondary Education have reduced funding for early childhood education. Some low-income parents find it difficult to provide good care for their children after they lost free services.

Kristin Walker is a single mother who works eight to 12 hours during the day. In the evening, she is a full time student working on her second degree in nursing. She had to wait two years before she could enroll her daughter Mackenzie in the Early Head Start class this March. However, Mackenzie's free care at Jefferson City Daycare Center only lasted for four months. Walker lost her slot during a $3 million budget cut in the state-funded Early Head Start program. Now Walker has to pay $260 every month in order to put Mackenzie in the same daycare center.

"Being a single parent, I think it is a huge portion of your income," Walker said.

360 families in Missouri have lost state-funded Early Head Start services since July. In addition to cuts to Early Head Start, the Department of Social Services has also seen a $3.07 million budget cut from Accreditation Facilitation Services and $3.69 million from the Start-Up/Expansion program.

Money for early childhood education under the Department of Elementary and Secondary Education has been cut, too. The Missouri Preschool Project core, which used to create new preschool classrooms, was reduced from $11.7 million to $8.3 million. As a result, there will be no awards for new MPP classes this fiscal year.

Jean Ispa is the co-chair of the MU Department of Human Development and Family Studies. Ispa said children who lack of good childhood education might feel difficult to catch up with peers.

"You know whenever you start with a shaky foundation, it's harder to build on it and change it," Ispa said. "It's a lot easier to start well, and then you can keep building on it."

The state has launched a "Top 10 by 20" initiative, which aims to rank Missouri students' achievement among the top 10 states by 2020. Goal 2 of this initiative addresses early childhood education. However, some strategies and actions under this goal are in jeopardy because of budget cuts.

DESE Communications Coordinator Sarah Potter said, "We know that compared to other states, the funding is very low. We were around 35th before, and we have even less funding now. So our state keeps falling in terms of support early childhood education."