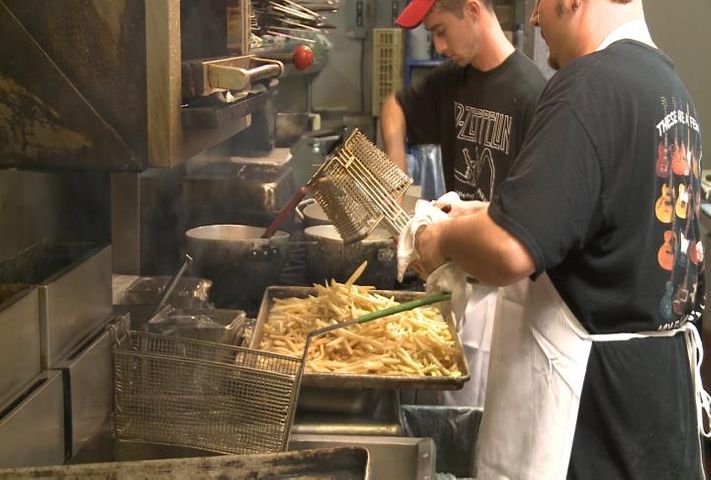 COLUMBIA - Almost everyone has eaten at a restaurant, but very few actually know what goes into inspecting those establishments.

"We look at a lot of things," said Kala Wekenborg, the Columbia/Boone County environmental public health supervisor. "Some of the big things we focus on are things that can cause food-borne illness."

Wekenborg said the causes are generally time or temperature abuse of foods.  Restaurant inspectors check for food being thawed or reheated improperly, and food that is held either too hot or too cold.  Wekenborg said inspectors also check for things such as cross contamination issues of food, as well as employee hygiene.

Restaurants in Columbia are checked two or three times a year at random.  They can be cited for two types of violations, either critical and non-critical.  A critical violation is one that, according to the food code, "is more likely than other violations to contribute to food contamination, illness, or environmental health hazard."

A restaurant is immediately shut down if it has:

"Obviously, there are extenuating circumstances that could lead to immediate closure," said Wekenborg. "One would be if we came in and the facility had no water. Obviously, you can't operate a food establishment if you can't wash your hands."

Columbia currently uses the 1999 version of the Food and Drug Association (FDA) food code.  The Columbia/Boone County Department of Health is currently waiting for the state of Missouri to adopt the 2009 code.  Local jurisdictions can adopt the current code as often as they want to.

"The hot holding tempature would go from 140 degrees to 135 degrees, some of the things that were previously critical items would now be non-critical items," said Wekenborg. "The differences are very minimal."

Wekenborg said the city hopes to adopt the new code in the winter of 2014.  You can find a list of all of Columbia's food establishment's most recent inspections here.