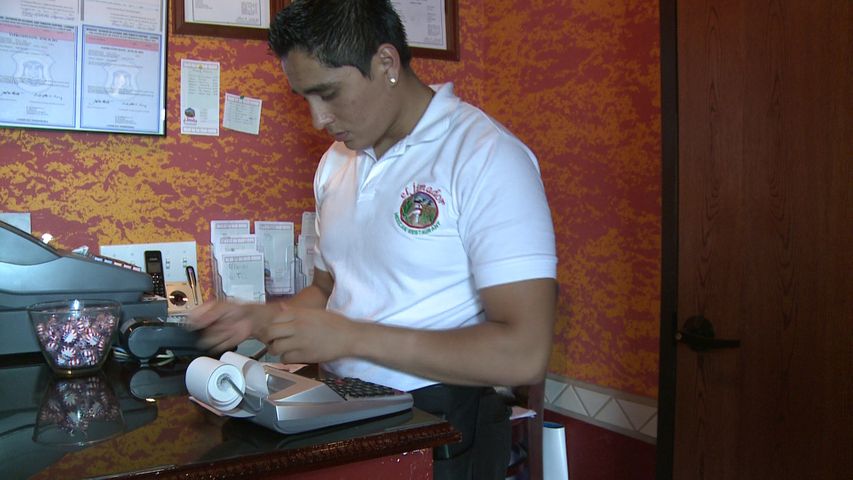 JEFFERSON CITY - A local restaurant owner said Wednesday he has enough problems without having to help the state repay loans. Claudio Cobian, who owns an El Jimador restaurant that opened in the spring, said he is keeping his business afloat, but he is trying to pay off business loans. He said a looming reduction in an unemployment tax credit will only add to his problems.

According to the Associated Press, Missouri owes the federal government $725 million, which it borrowed to reinforce its unemployment trust fund. The state made its first interest payment on these loans last week. To pay down the rest of the loan, Labor & Industrial Relations Department spokesperson Amy Susan said employers will receive a lower tax credit. Under federal law, employers receive a tax credit of 5.4 percent against the federal unemployment tax of 6.2 percent. This tax helps fund government unemployment compenation. Susan said the credit will be reduced to 5.1 percent for Missouri starting in January. She said other states will have to reduce the tax credit even farther.

Missouri Chamber of Commerce President Daniel Mehan said he hates to see the tax credit get cut, but he knew it was coming. He said it's just one more product of a bad economy.

Cobian said the tax credit cut may force him to cut costs at his restaurant. He has already had to let several employees go, including three full-timers, in the last couple of months. He said the state shouldn't borrow from businesses trying to establish themselves.