Restaurants weigh discounts for students who turn off phones 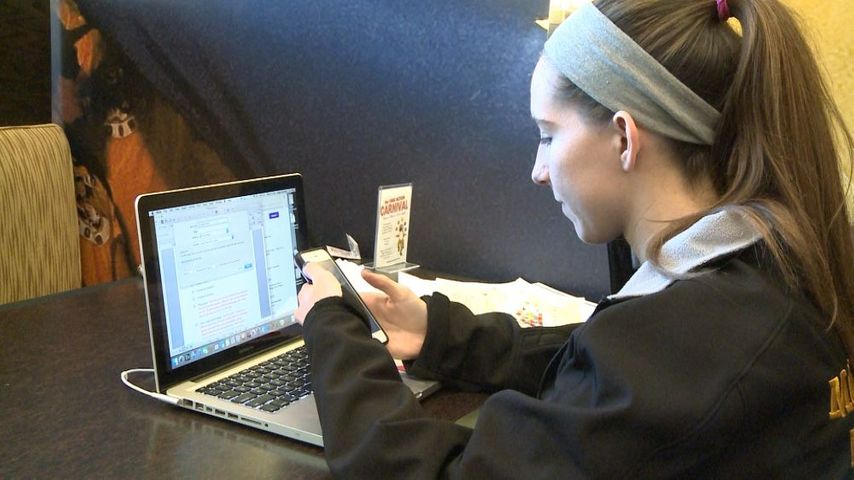 Some restaurants are beginning to see more business as a result of a new app.

Pocket Points is a mobile app based out of Chico, California.

This app rewards college students for not using their phones during class, by giving them points, one point per 20 minutes, that can used towards discounts at selected businesses in Columbia.

In order to earn points, users simply lock their phones, and the accumulation of points begins.

Depending on the day, students can earn different amounts of points.

For example, every Tuesday is “2x Tuesday,” where users earn twice as many points compared to other days.

Restaurant franchises such as Pita Pit, Chick-Fil-A, and Noodles & Company see Pocket Points as a way to expands their customer bases, and have partnered with the app in several locations.

“I thought it would be really advantageous for us and [customers],” Pita Pit Columbia co-owner Jeremy Bryson said. “We’ve definitely had a lot of new customers come in. It’s helped them have another choice out there. It’s another healthy option.”

However, not all restaurants are this optimistic.

The iconic Heidelberg, a local, non-franchised restaurant and bar on S 9th Street explored the option of partnering with the app on a two-week trial basis, but due to the $200 monthly fee and the frequent discounts the bar already offered, it was not in their best interests.

“There’s a lot of different options for discounting and promotions here in this market,” Heidelberg owner Richard Walls said. “We just decided we do a lot of happy hours and discounting, so we just decided not to extend the offer.”

While the Heidelberg does not currently partner with any apps or online promotions, Walls said that they are still willing to keep an open mind to discounting programs in the future.

Pocket Points are not only redeemable at restaurants but businesses in Columbia such as Varsity Nails, Swank Boutique, and Woody’s Gentlemen’s Clothiers also work with the app to provide “gifts” for its users.

Users also can use Pocket Points they have earned to enter contests to win scholarships for school.

Users also can suggest businesses for the app to work with, as it is always trying to expand its audience.

Here is a full list of the businesses that work with Pocket Points: