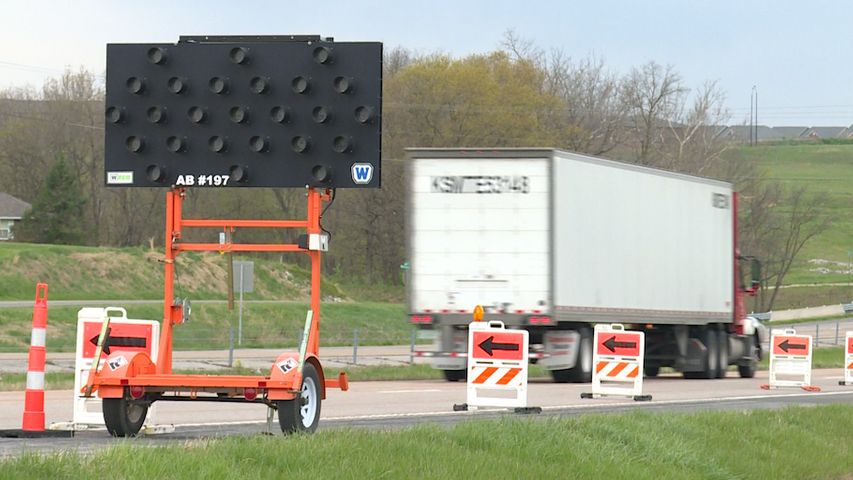 COLUMBIA - As construction ramps up in Mid-Missouri, the Missouri Department of Transportation said they are reminding people to slow down so they can keep their workers safe.

Retired MoDot employee Mark Fresen started with the department in 2005, but it was only 4 years before his time on the roads ended.

"We were on a major interstate and I was in the TMA truck, which is the truck with the big box on the back, and I took a hit," he said. "They side-swiped the side of my truck and tore the bed off the truck and pinned me in the truck."

Fresen spent over a year in the hospital and almost 200 days in the I.C.U. with a broken pelvis and severe internal damage.

"Anybody who goes through something like this, it's traumatic," he said. "It's traumatic."

Fresen is not alone in his experience. According to MoDot, there were 39 TMA crashes last year in Missouri.

National Work Zone Awareness week is coming up on April 20 and MoDot said it is hoping that it draw attention to these issues.

Due to COVID-19, the Department of Transportation said road traffic is down by 40%. But, the Missouri State Highway Patrol said more and more drivers are speeding.

"They had someone going 143 mph in a 65 mph zone in Lee's Summit," said Nicole Hood, the State Safety and Traffic Engineer. "When you have those excessive speeds and folks aren't paying attention and driving safely, it can lead to unfortunate consequences."

Those consequences are something that Fresen said MoDot employees are well-aware of.

"It's not a matter of if you are going to get into a crash, it's when," he said. "You just hope that the crash isn't as bad as mine was."

"I've gone to a couple of memorials for MoDot where people have been killed on the side of the road," he said. "Fortunately, I was not like that."

MoDot said they encourage people to stay off the roads and social distance when they can, but if you have to be out there, be safe.

"You're buckling up, you're putting your phones down," Hood said.

"The slower you can go down into a work zone, the better off," Fresen said. "Just give them a break and let them do what they got to do."