Retired money man made college a reality for thousands 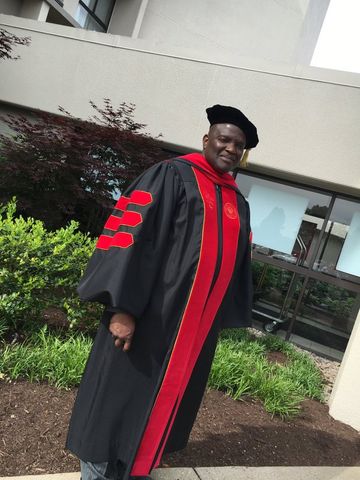 During his nearly 20 year tenure as a financial aid advisor he helped thousands of students find ways to fund their college education at the University of Missouri. But while Taylor’s job centered on finances, his work didn’t.

“When I went to college some of the people who mentored me were in the financial aid office,” Taylor said. “They were more than financial aid people, they were persons who were interested in my whole life.”

Taylor said he tried to show the same interest in the lives of the students he advised.

“I was always more interested in asking them how things are going,” Taylor said. “This financial aid stuff we can get to, but if your life is not going well, then your academics are going to follow.”

And this defined his reputation. Faculty and students alike regarded Taylor as an advisor who went above and beyond to ensure that his students got to — and stayed — enrolled in the University.

“Caroles Taylor has touched the lives of thousands of students at the university and in the community” said MU Executive Director of Financial Aid Nick Prewitt. “A lot of students made it through school and completed school because of the help he provided to them.”

Robin Franklin met her financial aid advisor a few months before beginning her first semester at MU. She says that not only did Taylor help recruit her, he ensured her family that she would stay enrolled regardless of her financial stressors.

“He gave me the confidence to stay here; to come here in the first place,” she said. “He was that backbone support.”

Franklin, a recent MU graduate, said even though she had doubts throughout the time she was enrolled, Taylor didn’t.

“I was always thinking I don’t know what I’m about to do next. Can I finish college? Is this an option?,” she said. “And that was always out of the question. He was like you’re finishing school, without a doubt your finishing school.”

But while Taylor had a large influence on students like Robin, his biggest impact during his time in MU came decades before he stepped into a financial aid office.

“The university was much different in 1985 than it was now.” he said.

Taylor said when he was enrolled in the University there were around 100 African-American grad students and 400 African- American graduate students.

Taylor, alongside members of the Association of Black Graduates and Professionals Students, the Office of Civil Rights in Kansas City, the Columbia NAACP chapter and the president of the Legion of Black Collegians, came up with a plan to increase minority enrollment at the University.

“Out of that conversation came the Diversity, the Brooks and the Ridgel fellowship for graduate students,” Taylor said.

Since the programs began African-American enrollment has increased from fewer than 600 to more than 6000.

“These scholarships at least moved the needle forward in bringing up the par, groups that maybe financially disadvantaged but they can assist them in getting a college education,” he said.

Taylor retired from the financial aid office in Dec. 2017. He says as he reflects on his career he has faith that his actions will be remembered.

“I hope [students] describe me as someone who was really concerned about them: academics, financial aid, their future, because it think all of this was interconnected.”

While he’s no longer in an office, Taylor’s new career path still allows him to help people. He is now a pastor at Friendship Baptist Church.

Anyone interested in talking to a man who has spent a majority of his career working to better society, can attend one of the church’s Sunday services and say hello.