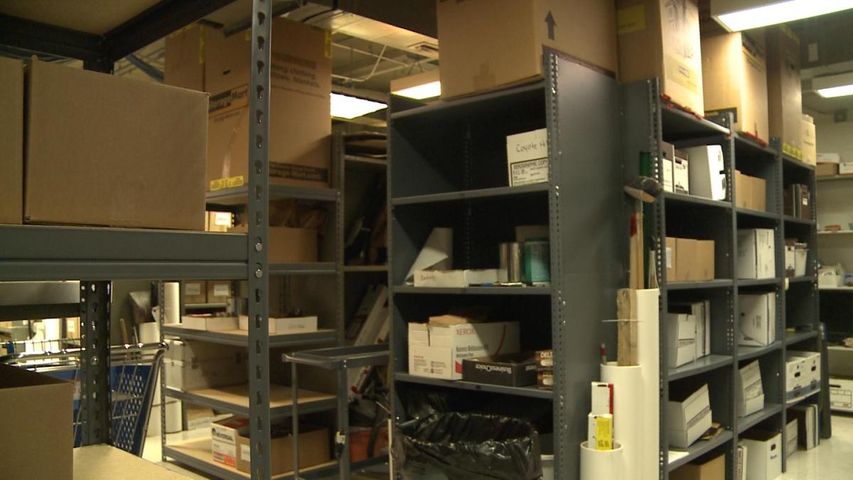 COLUMBIA- There were an average of more than two reported burglaries per day in Columbia last month. That continues the trend of Columbia having more burglaries than the national average.

Columbia resident Janice Rehmer was burglarized in April and still hasn't got any of her stuff back. She estimates she lost about $10,000 in jewelry.

Capturing the thieves and then returning the items they stole is a challenge for Columbia Police.

Evidence Custodian of the Columbia Police Department Michelle Heater says capturing the thief is just the first step. Items can't be returned to their owner until they are no longer needed for the investigation which Heater says can take a long time.

"It can take months, even years for items to be returned to the original owner," said Heater.

Heater admits that more staff would help the police expidite the process. She says the real problem is the amount of time it takes for them to know if an item can be returned.

Heater says the system they have in place is relatively efficient for the staff they have. When they know an item can be returned, Columbia Police sends out a letter to the original owner.

However, because they have issues with storage space, they can only give the owner 30 days to pick up the item.

Heater says they have 45 to 50 thousand items in the evidence room and after 30 days they will auction off the items or dispose of them to make room for incoming items.

Rehmer says the police have no leads on the burglary of her home and in general has been dissapointed in the lack of communication. She says she hasn't received a letter or any communication on how the case is going for months.

"If they would find the person, they need to contact me and say, we found the person, we haven't found your jewelry yet," said Rehmer.

Rehmer says the jewelry stolen was passed down through her family for generations. While she understands the police are working hard, she wishes they could do better returning peoples' valuable items.

"I haven't given up hope, but I know I'll probably never see any of it again, and that's sad," said Rehmer.

Heater says one way to help the process is to write down the serial number of your valuable items. If you call in that number, the police can look to see if they have the item, and give you an update on whether they can return it.