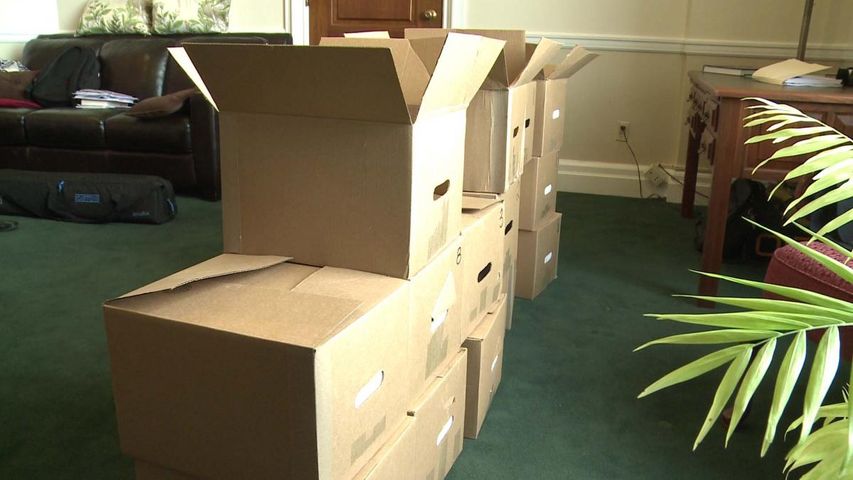 JEFFERSON CITY - The Missouri Department of Revenue handed 50 boxes of documents over to the state senate Tuesday following a subpoena filed last week.

The document release is the latest development after the department revealed last month it was collecting and storing data from personal documents used in applications for state IDs such as drivers' licenses. Sen. Kurt Schaefer, R-Columbia, said he hoped the documents would provide a clear picture of what the agency is doing with Missourians' drivers' license data. State law prohibits the agency from sharing the data with federal agencies in compliance with the 2005 REAL ID act. That federal law requires people to bring documents such as a social security card and a birth certificate when applying for a state-issued ID.

State records reviewed by KOMU 8 News revealed the department has paid MorphoTrust USA more than $1.85 million during FY 2013 for services related to the contract. Most of that money went to a company called L-1 Secure Credentialing, which became MorphoTrust when Safran acquired the company in 2011, after the contract was put together. According to the Department of Revenue's contract with MorphoTrust, the system can scan identity documents such as birth certificates and Social Security cards and make digital imprints of handwritten signatures in addition to facial recognition software. The contract specifies the company has to destroy any physical or electronic data no longer needed for card production. The contract also requires the company to comply with all state statutes related to computer-accessible personal information. Those statutes include RSMo 302.183, which bars the collection of data for purposes related to the REAL ID act.

Schaefer said the senate will likely issue another subpoena to determine how the agency is disposing of equipment used to collect the drivers' license data. He has said the agency is violating state law by selling state-owned or -leased equipment to a private contractor for destruction. The Department of Revenue has said that equipment is owned by the contractor and is not state property.

Department of Revenue Communications Director Ted Farnen told KOMU 8 News his department had complied with the subpoena but refused to comment further for this story. The agency has said it is not illegally sharing personal data.