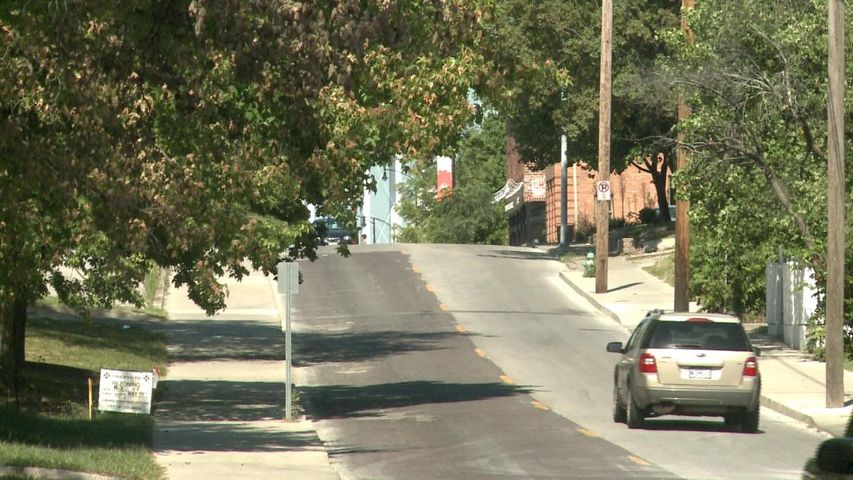 COLUMBIA - Many neighbors in northern Columbia are still not happy today after Columbia City Council moved forward with rezoning part of the neighborhood. The city council approved two amendments last night to the Brookside franchise's request. The first amendment states that if rezoning is approved, the development company will buy FastCAT passes for all their residents and pay $10,000 annually for advertising on the side of busses. The second amendment says the lots will be for temporary parking for their residents until their garage is finished. Then, it will start construction on apartments.

The south side of Walnut Street is currently zoned R-3, meaning it is residential land. Brookside wants it to be zoned C-2, business land, allowing commercial construction. The two lots, 1208 and 1210, are 350 feet west of the corner of College and Walnut. The burnt Brookside apartments are easily visible from the porches of the empty houses on the lots.

Many of the neighbors are upset with the current construction noise and do not want it to continue. They are also concerned about losing the community of the neighborhood.

"I have mixed emotions. It's such a sweet neighborhood and we all know each other. Having it be more densely populated will change a lot of things, like parking. But I was a college student here, and I wanted to live downtown," said Sarah Scaggs, who lives on St. Joseph Street, two blocks from the proposed rezoned lots.

KOMU 8 contacted the owners of the Brookside franchise, but they did not return our calls for comment.