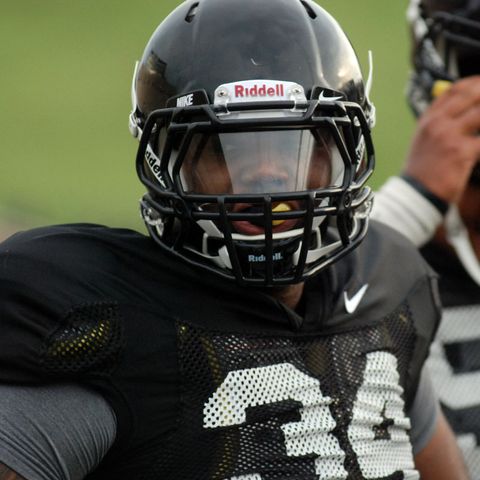 COLUMBIA - Sheldon Richardson didn't play a down of offense against top-ranked Alabama on Saturday afternoon, but the junior defensive lineman offered a simple solution for Missouri's woes.

Not exactly an earth-shattering observation, but a true statement nonetheless. Richardson, who tallied 14 tackles and controlled the line of scrimmage all afternoon on defense, watched helplessly as his counterparts failed to score an offensive touchdown in a 42-10 loss to the Crimson Tide in front of a drenched Memorial Stadium crowd.

Alabama (6-0, 3-0) immediately deflated the upset-minded Tigers with a 73-yard touchdown by Eddie Lacy on the second play from scrimmage, and the Crimson Tide added three more scores before lightning forced a brief delay in the middle of the second quarter.

Facing a patchwork offensive line and a backup quarterback in Corbin Berkstresser, Coach Nick Saban's vaunted defense held the Tigers to three net rushing yards and a two for 15 conversion rate on third downs. Berkstresser, starting in place of the injured James Franklin, completed just 12 of 29 passes and threw two interceptions in the midst of persistent, pouring rain.

A quick glance at the box score reveals even more stunning statistics. Alabama outgained MU by more than 400 yards and dominated time of possession by about 13 minutes. Quarterback A.J. McCarron misfired on only five pass attempts, and Lacy and fellow running back T.J. Yeldon combined for 321 yards.

Marcus Murphy's 98-yard kickoff return - just minutes after the delay - provided the only touchdown of the afternoon for the Tigers. Re-energized by the brief layoff, the Tigers cut the score to 28-10 on a field goal by Andrew Baggett but never threatened any closer.

With a bye week looming before Missouri's homecoming date with Kentucky on Oct. 26, the Tigers (3-4, 0-4) have three road contests remaining and will need to win at least one of those games to earn bowl eligibility.

"It gives us a break," wide receiver T. J. Moe said. "It'd be nice if it came about three weeks ago."

Instead, it follows MU's third home loss of the 2012 season. Considering how overmatched the Tigers seemed on this dreary Saturday afternoon, perhaps it's coming at the perfect time.