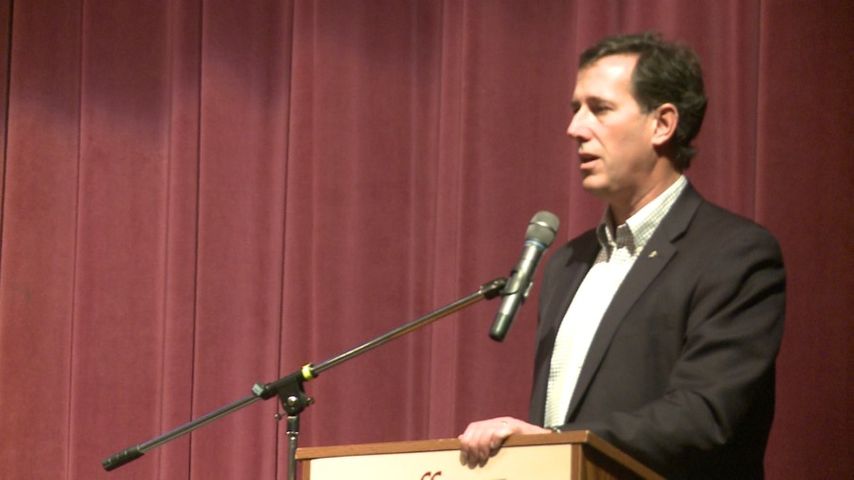 FULTON - Republican presidential hopeful Rick Santorum made several stops in Mid-Missouri on Friday. One of his visits was to William Woods University in Fulton.

At the meeting, Santorum emphasized the importance of Missouri's upcoming primary, even though it won't be used to determine Missouri's delegates. The delegates won't be assigned until the caucus on March 17th. Despite the non-binding nature of the primary vote on February 7th, Santorum said it was important because it would help forecast the outcome of Missouri's caucus.

Santorum to Campaign in Missouri