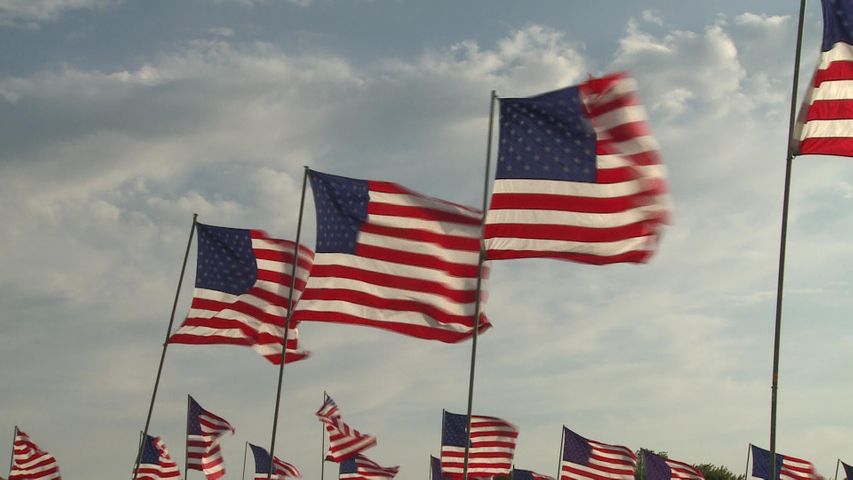 CENTRALIA - The City of Centralia honored local veterans with a Memorial Day ceremony held at the Centralia Missouri Cemetery. The ceremony began with a parade of Centralia area motorcyclists throughout the city.

Nearly 200 riders joined the parade in its second year, an increase from 50 the previous year. The parade concluded at the center of Centralia's cemetery where veterans, families, and friends gathered. The cemetery paths were flanked with 347 flags, each bearing the name of a deceased local veteran.

Motorcyclists presented veterans with the Color Guard flags upon their arrival. The CIS Club Chorale then sang the national anthem and local cub scouts, boy scouts, and girl scouts led in the pledge of allegiance. Several speakers, including Mayor Tim Grenke and Congressman Blaine Luetkemeyer, addressed the crowd of roughly 400 people.

The ceremony concluded with the reading of names of local veterans and the ringing of a bell after each name.