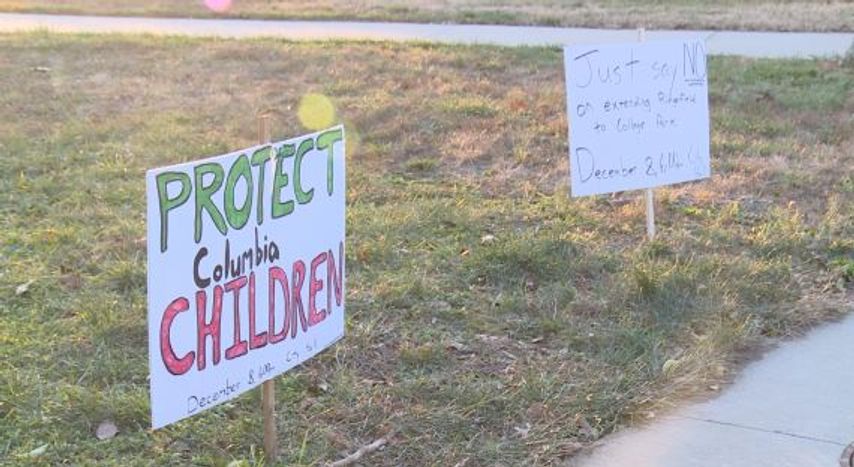 COLUMBIA – The Planning and Zoning Commission approved a new subdivision on Ridgemont Drive and a road extension on Ridgefield Road Thursday night. The decision had several neighbors upset.

Crockett Engineering was approved of a plan to develop housing units on Ridgemont Drive. The developer previously sought approval for a planned unit development on the same piece of land; however, they withdrew the case from the Planning and Zoning Commission’s September 22, 2016 agenda.

Developers are wanting the get rid of the cul-de-sac at the end of Ridgefield Road and extending the road through the new development until it reaches Ridgemont Drive and College Park Drive, which leads to Stadium Boulevard.

Resident Dillon Falk said his neighbors are mainly concerned about safety because the roads in their neighborhoods are narrow and have no sidewalks.

“There are so many children on this street, including my own two-year-old going on three, who’s running around playing,” Falk said. “There are no sidewalks for them to play on, so it’s just bound to happen that people are going to get hit.”

Several residents wrote to the city opposing the proposal.

Jeffrey Gould wrote that his son got hit by a car in the neighborhood before.

“Five years ago my son Lain was run off the road on Ridgemont by a speeding truck while he was coming home from Rock Bridge High School, on his motor scooter. The motorist fled, and he was left bleeding in the street.”

Gould wrote, “Opening the cul­-de-­sac would draw new traffic into the area, increasing the danger.”

Falk said Ridgemont Drive is already used heavily to get to Forum Boulevard and Ridgefield Road is used to get to Fairview Road.

“All of the citizens are terrified of opening the street through to Stadium will just flood this traffic that cuts through to Fairview road already.”

In a report to the Planning and Zoning Commission, city planners Rusty Palmer and Pat Zenner wrote, “This connection is consistent with Section 25-42 (2)(c) of the Subdivision Regulations which suggests that, ‘interconnection of adjacent subdivisions with compatible land uses shall be encouraged.’”

Falk said city officials are making decisions without visiting the places which will be affected.

“My feeling is that the city saying, ‘cut the street through’ is saying they are not visiting their constituents where this is actually going to impact. They really haven’t visited.”

The report Palmer and Zenner put together also states that drivers on Ridgefield Road are consistently traveling 10 to 15 miles per hour over the posted speed limit.

“People who are commuting through here, they don’t live here, don’t know that the speed limit, that’s 25, they just ignore it,” Falk said. “But when this is connected to Stadium, we could see quadruple – ten times the traffic coming through here.”

“We are not against development at all,” he said. “We think it’s sort of natural with the growth of the city. If they connect this to Stadium, this would be a disaster.”

Residents Marilyn and John McLeod wrote to the city, “Extending Ridgefield Road so it is easily accessible to Stadium Boulevard has enormous and long term consequences. The road connection will not divide the current traffic. It will draw traffic.”

Palmer and Zenner wrote in their report, “While staff acknowledges the public’s concerns regarding the proposed extension these issues will exist with or without the connection of Ridgefield.”

Falk said the neighbors wanted to work with the city on an alternative option.

“Before any action is taken, we really need to see every option on the table,” he said.

However, Palmer and Zenner wrote, “…staff is not considering an alternative to the connection being made.”

At the Planning and Zoning Commission meeting, Zenner said the city’s traffic engineers suggest that the developers provide “off-site traffic calming devices.” Those could include speed bumps or gates.