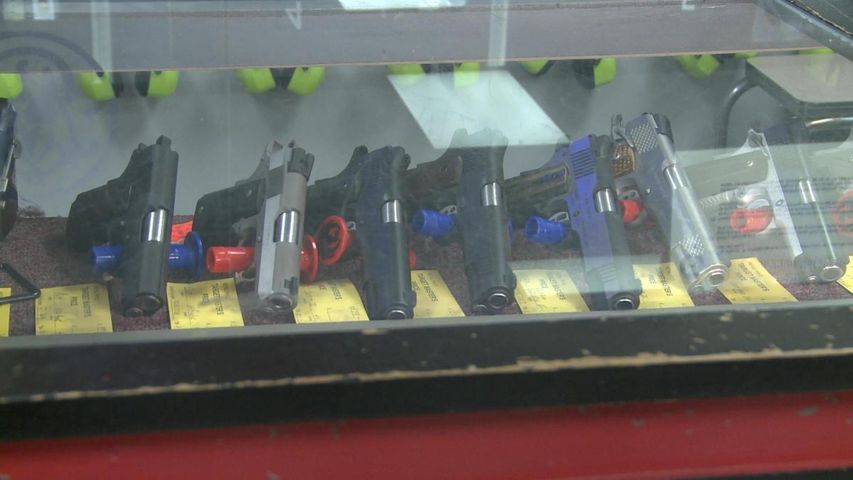 St. Louis Police Chief D. Samuel Dotson III and Rebecca Morgan had appealed to the Missouri Supreme Court that the summary statement of the title of a ballot issue passed in August of 2014 was insufficient and unfair.

The Supreme Court issued Tuesday that the language was in fact fair, upholding the voters' decision.

Dotson and Morgan's appeal didn't address the legality of the amendment itself, but rather the language that appeared on the ballot.

In the opinion the Court issued, it explained, "If the General Assembly writes the ballot title for a measure it proposes to voters, the title must be 'a true and impartial statement of the purposes of the proposed measure in language neither intentionally argumentative nor likely to create prejudice either for or against the proposed measure.'"

"All they did was affirm the Second Amendment right, and I don't think it will have a big impact one way or another," said Jim Hill, sales associate and firearms instructor at Target Masters in Columbia.

Hill did say however that if the Missouri Supreme Court did not uphold Amendment Five, the effects would be obvious in an extreme situation.

"Missouri citizens can't be disarmed like the citizens in Hurricane Katrina," Hill said, referring to in 2005 when authorities in New Orleans attempted to seize all firearms following the natural disaster.

The language in the bill gives all Missouri residents the "unalienable right to bear arms." This includes being able to conceal and carry weapons, which before was not justified in the Missouri constitution.

"The Court's decision recognizes the common-sense belief of Missourians that strong support of the Second Amendment and strong support of law enforcement need not be in conflict in our state," Missouri Attorney General Chris Koster said in a statement following the opinion. "I am grateful for the Court's wisdom in this matter."

Federal law still supersedes state law, and convicted felons and mentally ill people are not legally able to buy guns or even be in the same room as firearms or ammo.