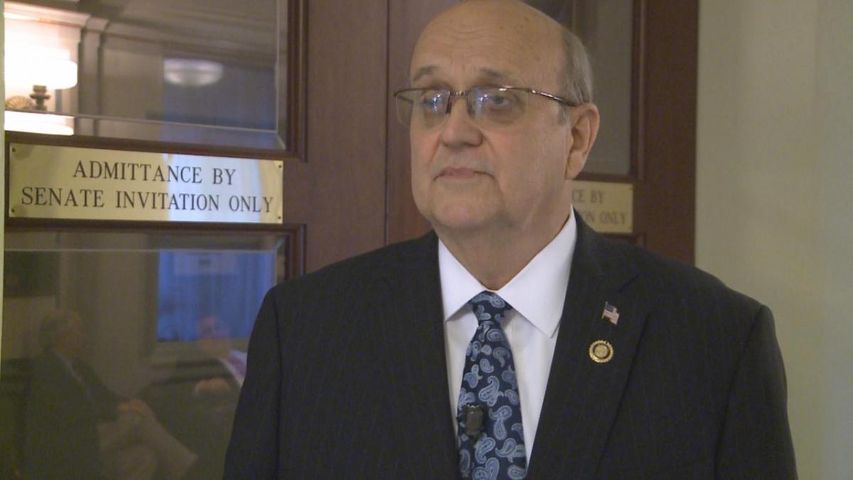 JEFFERSON CITY - After a long day of filibustering the right-to-work bill, Missouri Senate Democrats and a few Republicans were jostled from their long rant after a vote to end the filibuster passed.

The Senate then moved to vote on the bill itself, and with a vote of 21-13, the measure that would prohibit union contracts with employers that allow the collection of fees from non-members, or the right-to-work bill, passed.

Bill sponsor and state Senator Dan Brown (R-Rolla) said the name, in his opinion, is misleading.

"I'd like to call this, instead of right-to-work, freedom to work," Brown said. "You should not have to join a union. When state, local, county workers have the protection of right to work, why don't everyone in Missouri?"

But there was a strong showing in opposition to the bill, with many union workers showing their support to stop the bill from passing.

Darrel McCuvvns, a business manager who opposes the bill, said that it's not fair for people in unions.

Brown disagreed with that point.

"That's simply not true, when a employer creates the contract, they would make the union benefits solely for those who are enrolling in the union," Brown said. "Unless you paid the dues, you wouldn't get the benefits."

The bill now moves to the house for a vote, and if that passes, the bill will go to Governor Nixon, who many lawmakers expect to veto the bill.