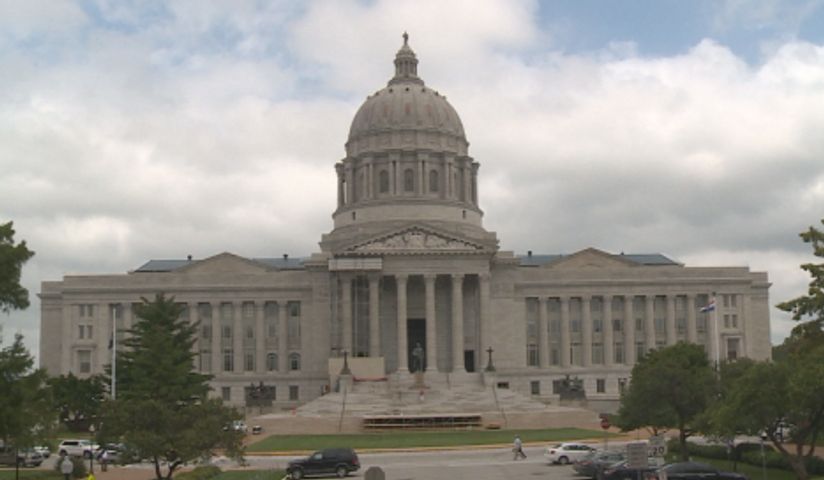 JEFFERSON CITY - Opponents of Missouri's right-to-work law are one step closer to having it delayed. A coalition of unions and labor groups, led by "We are Missouri" and the Missouri AFL-CIO, plan to present petitions to the Secretary of State's office tomorrow in an effort to get the measure onto the 2018 ballot.

Laura Swinford, communications director for We are Missouri, a campaign to repeal right to work, said opponents are planning to make a day of it.

"This Friday, we will be gathering in the rotunda in the Capitol just to, frankly, celebrate all the hard work that’s been done by so many people across this state," she said. "Then we will be marching down to the Secretary of State’s office to turn the signatures in.”

"We had this incredible response. We were really really excited to see that we have gathered more than enough signatures and we will be really proud to turn those in in a couple days," she said.

Once the Secretary of State's office receives the signatures, the law taking effect will be put on hold until it completes the verification process. If the necessary number of signatures is approved, the right-to-work law will not go into effect Aug. 28 as scheduled.  Instead, the law will be placed on the ballot in November of 2018.

The right-to-work law would allow Missouri workers the option to decline to pay union dues without the risk of termination. Unionized workplaces will be required to extend the same compensation package to workers who refuse to join the union.

Eddie Greim, one of the attorneys representing Liberty Alliance, a committee supporting the right-to-work law, said his team will verify the signatures as well.

"After they're submitted, those are public records," he said. "We will make copies of them, and we will closely review every line of every petition.”

Greim said if the signatures are approved, the decision could be challenged for a possible reversal.

"If the secretary believes that enough votes were gathered, then anybody who wants to, could be Liberty Alliance, it could be anybody else who cares about signature fraud, can file a challenge," he said. "They've got ten days to file that challenge after the secretary’s certification.”

“If they get enough validated signatures, that’ll be very unfortunate, because states that have passed right to work recently, whether it be Wisconsin or Indiana or whether it be the birthplace of organized labor, Michigan, all have seen tremendous jobs and economic opportunity: new factories, new employers locating to their state,' he said. "If the unions succeed by August 28th, they will deprive Missourians of those opportunities.”

Michela Skelton, an opponent of right-to-work, believes this decision should be up to the citizens of Missouri.

If the measure does end up on the ballot, Onder said he would still be optimistic that Missourians will vote to approve the right-to-work

"We'll be looking for a yes vote," he said. "Yes to make Missouri a right-to-work state or freedom to work state. We've really made a big step forward in giving Missourians the economic opportunity, the jobs opportunity that they deserve, and Missouri voters, I believe, will uphold right-to-work."

"I do have confidence and very optimistic that voters will see through the right-to-work for what it is, and vote to repeal it in 2018" she said.

Once the Secretary of State's office receives the petitions, it will begin working with different county clerk's offices to go through every signature.