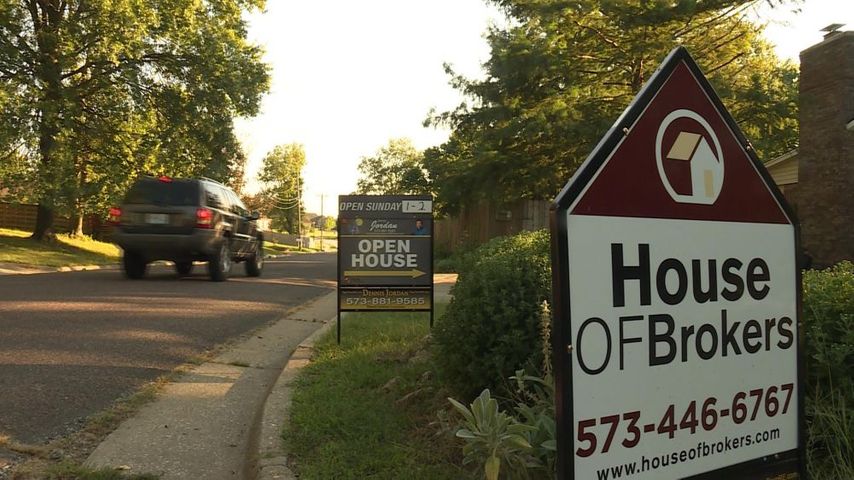 COLUMBIA — Affordable housing experts are concerned by a spike in the real estate market.

"We see folks who really want to get into home ownership and have worked hard to become gainfully employed on a full-time basis and have tried to save up the money that they will need for a down payment, but then often times they can't find a home that's in their price range," Columbia Housing Authority CEO Phil Steinhaus said.

According to the Columbia Board of Realtors, the average cost of a single-family home sold in Boone County increased by $13,624 from August 2015-2016. Missouri REALTORS said the average selling price bumped upwards by more than five percent in the same time span across the state of Missouri.

Steinhaus said this can lead to preventing residents from ever getting a home of their own.

"[They] get stuck in the same rent trap, and not being able to take that leap out of renting into owning because they can't find housing," he said.

Jim Myer is a broker and the president-elect of the Columbia Board of Realtors. He said a potential cause for the bump is more demand for homes than they can be supplied. He also mentioned it could be possible the market is returning to its normal pace of growth since the 2008 housing crisis.

Another factor for cost of homes is rising construction costs. Data published by the 2015 Affordable Housing Symposium said the cost of expenditures like storm water requirements and erosion control rose by $3,750 from 2010-2015.

Myer pointed to these fees required by the city as a potential culprit for the increase. Saying fees make developers less likely to spend the money to build homes they will be able to sell for less.

The City of Columbia passed several ordinances to try to fix this. Randall Cole is the housing programs supervisor for the city. He said Columbia "allocated $200,000 for the development of the Lynn Street Cottages project and approved the implementation of a Community Land Trust (CLT) Organization." This would provide more opportunites for the creation of affordable housing.

Fourth Ward Councilman Ian Thomas said construction waivers would hopefully incentivize the construction industry to create more affordable homes.
"Developers will have the motivation to build homes that market lower than the $160,000 range by waiving some of the fees for those houses," he said. "Otherwise, it's too big of a risk for private developers."
Thomas said these efforts are important to maintaining a healthy community.

"We need to focus public resources toward neighborhoods of poverty," the councilman said. "One of the challenges of people in poverty is finding affordable and safe accommodations."