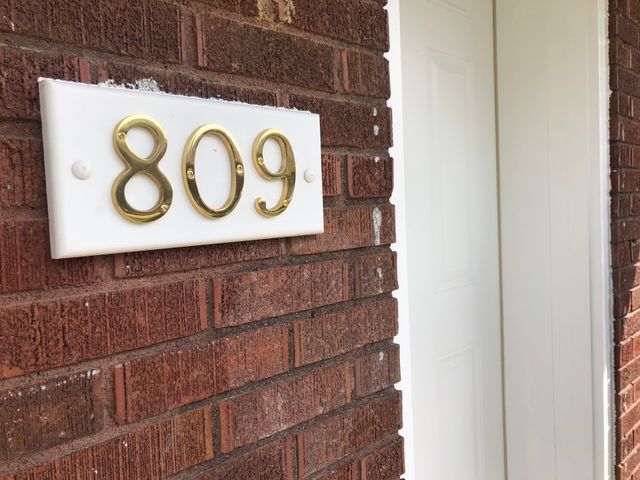 JEFFERSON CITY – The River City Habitat for Humanity organization celebrates a family of five finally moving into their new house after their former home being destroyed by the May 2019 tornado.

“They did the walkthrough on Friday and they just have stars in their eyes. They're just so excited to move in,” Executive Director of River City Habitat for Humanity Susan Cook-Williams said. “Getting the keys to their house and then they're going to get married on the front lawn.”

The organization is hosting a ceremony on the front lawn on June 29 to celebrate these survivors finally getting a new roof over their heads and becoming homeowners. This new house has been in the works since September and it was a full community hands on event. Cook-Williams said four local churches volunteered every Thursday for the first four weeks to help get them started.

“If you could have seen the house before and then to see it now and to see all the hard work that's gone into it and all the people from around the community that have stepped up to help,” Cook-Williams said. “And just to know the family that's moving into it and what they've been through. She was actually pregnant the night of the tornado with twins and their house got hit and she went into labor and they were luckily able to stop it because she wasn't ready to have the babies.”

This house is just one of the handful of houses in River City’s Road to Recovery plan. But COVID has made brining funds in for these houses an obstacle.

“We still need about $80,000 to be able to complete all four of the other houses on our Road to Recovery plan,” Cook-Williams said. “COVID really impacted our fundraising. But hey, we're still doing the road to recovery and this is just the another part of it. But we do have four more houses.”

The organization usually hosts an open house event to share the great news with the community, thank the volunteers and celebrate how far the families have come. Cook-Williams said COVID won’t allow them to have the full on house tour, but she believes having a public event is still important.

“It's just so amazing to see the family from when they enter the program until they get to this point and to hear from them that night for the volunteers to hear from them and see them physically get those keys is just really important for the whole, the whole program.”

Despite the brand new house standing strong with a fresh face, Cook-Williams said the tornado is not to be forgotten.

“It's really neat to walk in the house and see all the work that's been done and see how it changes. You can almost kind of forget that, for a tornado survivor family, but then you look in the backyard and you see the trees that are still down and the damage that the tornado did. It's a good reminder for all of us that there's still work to be done.”

The celebration event kicks off at 5:30 on June 29 on the front lawn of 806 Jackson Street. But if you can't catch it in person, the River City Habitat for Humanity Facebook page will stream it live.