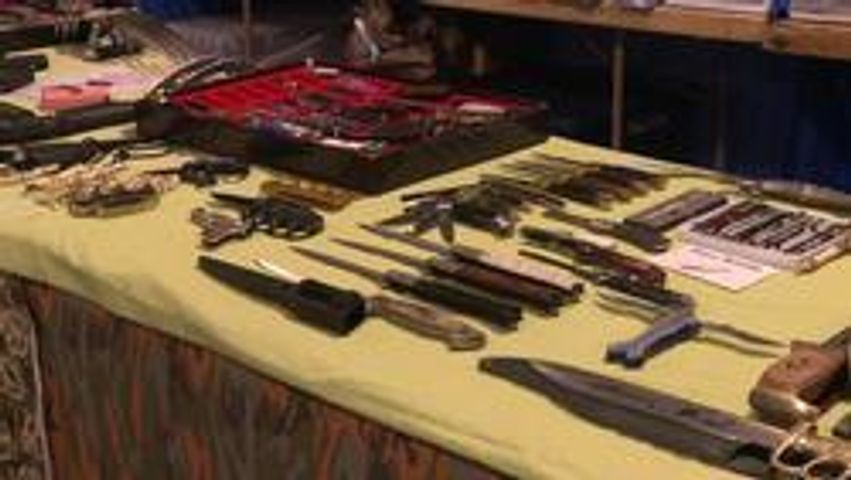 When asked if gun control is normally on the minds of attendees to gun shows, Pearson said, "Normally, it's not something people think of. But with events taking place over the past few weeks, I think it will be on people's minds."

Many dealers setting up for the event told KOMU 8 News they attribute high attendance at recent gun shows to the possibility of gun laws soon becoming more strict. It appears as the debate over gun control intensifies, so does the sale of guns.

KOMU 8 News found shortly after the Sandy Hook shooting many gun stores in the Columbia area was wiped clean of the AR 15 semi-automatic gun.

Tickets are $7 per person each day, or you can purchase a weekend pass for $10.