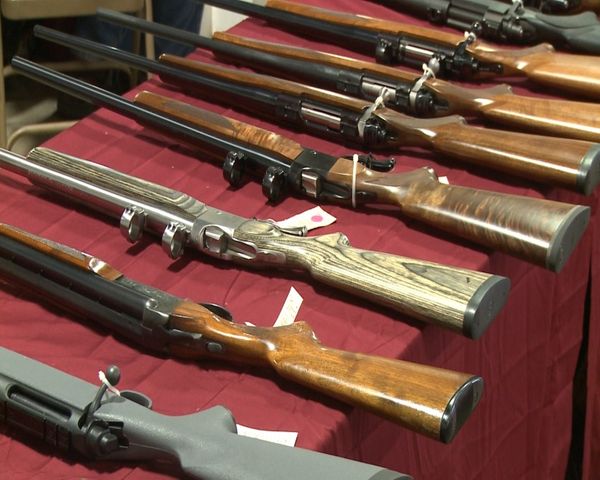 COLUMBA - The RK gun show returned to Columbia Friday as part of its tour of the Midwest.

Show manager Dennis Pearson said although sales are usually much slower in the summer, this year is a little different.

"People don't go to gun shows as much in the summer because there are more opportunities to do things outside go hunting out at the lake," Pearson said.

However, Pearson said sales this summer have been up by about 20 percent compared to past summers, and he attributes it to people buying more guns or related items out of fear they will be outlawed by the Obama administration.

"It used to be we would try to figure out how to lose the least amount of money in the summer, but now we actually turn a profit," Pearson said.

The gun show consists of several individual gun salesmen competing against each other for business. This can lead to price undercutting and haggling. The salesmen echoed Pearson's statements about the increase in business. They said it was ironic that pending laws for more gun control have actually increased sales.

"I never voted for him, but Obama has actually been our best salesman," said gun salesman Duane Hungerford. "Maybe I should contribute a little something toward him."

Pearson said the show had the highest gun sales in Colorado this year because that state recently passed tighter gun regulations. Missouri has gone the opposite way. A bill currently on Gov. Jay Nixon's desk would make it illegal for federal agents to enforce laws infringing on gun rights, lower the concealed-carry age to 19 and nullify local ordinances prohibiting carrying weapons if an individual has a Missouri concealed-carry permit.