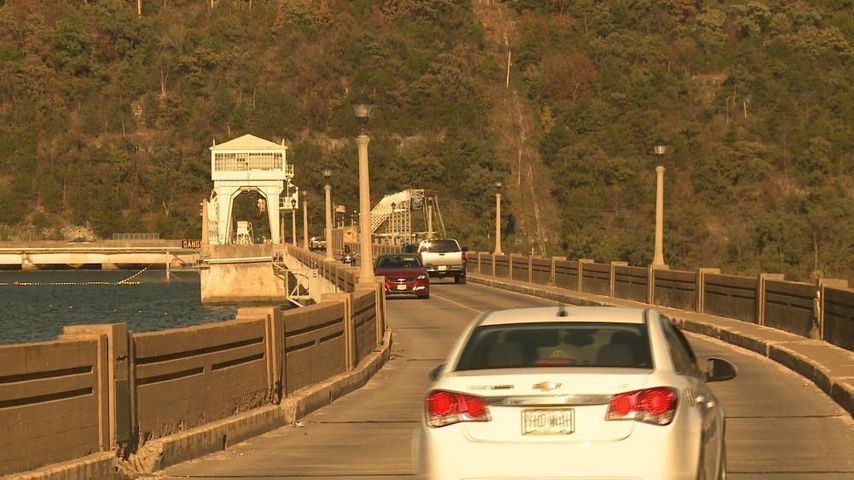 LAKE OZARK — A portion of Business Route 54 will be closed Monday to Friday from 8 a.m. to 4 p.m. while a portion of the Bagnell Dam is repaired, according to the MoDOT website.

Warren Witt is the director of Hyrdro Operations for Ameren Missouri. He said the closure is happening to replace multiple headgates at the Bagnell Dam. In the instance of a leak, they are used to stop the flow of water to an area to make it easier to fix any issues. These metal gates require a crane and flatbed trucks to be moved. Witt said the slender roadway makes it too difficult to do the repairs and allow normal traffic. Several gates may need to be completely replaced.

"It’s no different than a car," Witt said. "Sometimes instead of putting $1,000 dollars into a car to fix it, you're better off going to get a new car."

Businesses in the area are split on the effect of the closing on the amount of money they will bring in this week.

"For us, it's going to affect our week, I want to say dramatically," Michael Hall, the assistant general manager of the Beavers at the Dam, said. "It's going to take a toll on the number of people who are going to walk down the shore or drive around the strip to get back to us. By that time, they've passed four or five other establishments which are other great establishments, but misses us."

Amadeo Gravagna is employed by Stewart's Restaurant, another eatery in the area. He said the establishment might see a drop in customers that would have otherwise stopped to dine while driving past. However, Gravagna said there are enough regular customers to support Stewart's.

"People go out of their way to come here," Gravagna said. "So, as long as they already know about Stewart's, they'll probably still be in."

A common complaint was employees at establishments near the road closure were unaware that the construction was coming.

"You would think that they would bring out a notice to business owners in the area," Lucky's Bar and Grill Manager Chris Payne said.

Brianne Vaught, Communications executive at Ameren Missouri, said MoDOT is the agency responsible for distributing alerts. MoDOT did not return a request for comment.

Payne said regardless of the lack of headway, he is pleased with the strategy of incremental repairs.

"I'd rather it be safe than have someone say in the summer that we need to shut it down for a month," he said.