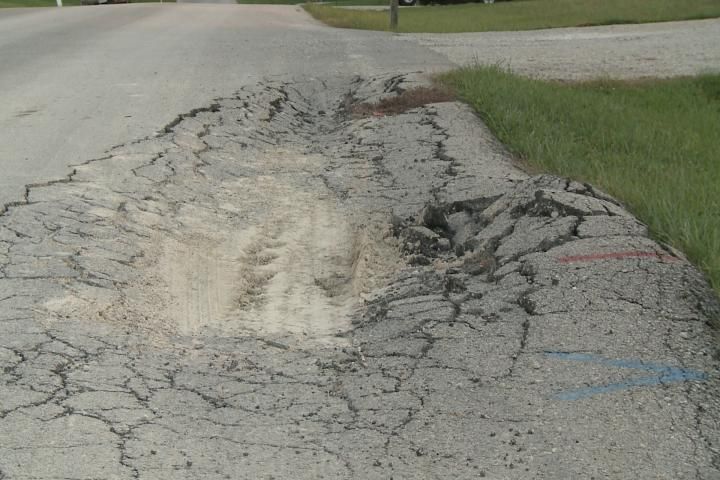 CALLAWAY COUNTY - The residents of Hunters Creek in Holts Summit said they have been working to get their roads improved for more than two years, but the roads are still in disrepair.

After the president of the Hunters Creek Home Owners Association wrote an opinion column, the Callaway County Commission responded Friday saying they are "done with this project", but the roads have not been fixed. Residents also say this has been a problem in other neighborhoods in Callaway.

John Wells, president of the Hunter Creek Home Owners Association, said the neighborhood has been trying to find a solution to the corroding roads for over two years.

"It's been difficult for us to get this project off the ground, and I think, and as you can tell by the notes from the county, that they are not very cooperative in trying to see it through," Wells said.

Donald Kritzler, the Callaway County Associate Commissioner, said they have worked diligently with the neighborhood and have not been able to reach an agreement on the issue.

"We recognize their problem, and we are trying to find a solution...we have some reservations for various reasons [such as extra costs of sewers and so on], but right now they are only wanting to focus on the streets," Kritzler said.

Wells said some residents told him they have been threatened to lose mail or bus privileges until the roads are easier to drive on.

Due to situations such petition misunderstandings, the percent of houses needed to sign the petition rising, newly-elected officials coming in, and debate on which houses are on county roads, the process became very complicated and dragged on for quite a while.

Wells said he believes one of the roots of the problem is the fact that Callaway County doesn't have planning and zoning. In the opinion column he submitted to the News Tribune he said, "One of the reasons we are in this predicament is the lack of planning and zoning for Callaway county. The developer was allowed to do whatever he wanted, and as a result, the homeowners were stuck with sub-par construction and are now effectively left to fend for ourselves. It's a scenario that has played out around the county multiple times."

Most recently in the debate, the HOA said it cannot afford the bid that was offered to it by the county, and it is looking into a private NID.

Callaway County said it is finished working on this project and will be sending an invoice to the HOA to recover $34,923 the county invested and paid to Central Missouri Professional Services on the project's behalf.

Kritzler said they have other NID's in the county that have not given them any trouble. Wells believes differently.

Wells does want the commission to know the HOA appreciates the work put into the project; it is just not pleased with the current outcome.