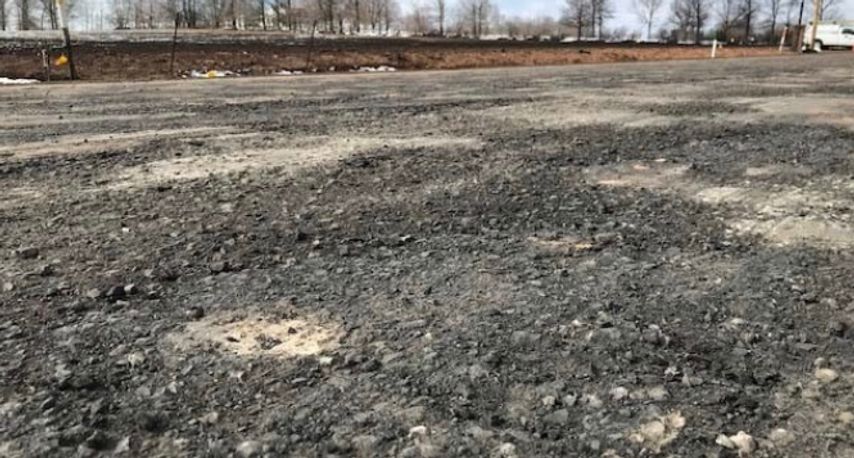 AUDRAIN COUNTY - A high traffic highway is still closed days after a pipeline explosion one mile north of Mexico early Sunday morning “cooked” the oil out of it.

Brian Haeffner, an area engineer for MoDOT, said the heat from the gas created by the burning pipeline boiled the oil out of about 600-feet of Highway 15. According to Haeffner, the highway sees about 1,000 vehicles per day.

“It’s pretty damaged,” Haeffner said. “We don’t want any vehicles traveling on it until we get some oil back into the asphalt and get it back into better condition.”

People like Brenda Crowe who runs a business on Highway 15, are facing the consequences of the closed road.

Crowe is the operations manager for Allison-Crowe Overhead Doors. She said deliveries have been difficult without access to Highway 15.

“We’re trying to get in touch with our drivers and our dispatchers to let them know that they have to come a different route,” Crowe said.

As a result, the drivers are taking county roads, which is tough on both the roads and the vehicles.

“Generally on a county road if you see one or two people a day, you’re great,” Crowe said. “Now there’s traffic. And when you start putting those big trucks on the gravel roads, it’s going to do some damage there.”

She’s also seen less foot traffic at her business. However, she said she knows MoDOT is doing the best they can to get things fixed.

“We’ll deal with what has to be done because we’d like it to be fixed right,” Crowe said.

MoDOT said they should have a better estimate of when Highway 15 will reopen after a core drill assesses the damages Wednesday.