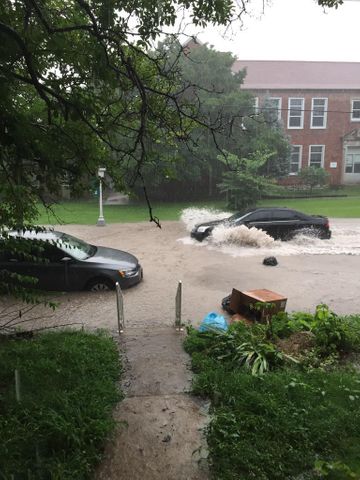 BOONE COUNTY - A flood advisory was in effect for Boone County Thursday following heavy rainstorms Wednesday night and over the past couple of weeks.

KOMU 8 meteorologist Tori Stepanek said the frequency of rain has led to flood warnings rather than flash-flood warnings. Flash floods require a high volume of rain in less than 6 hours while flooding occurs gradually after consistent rainfall.

Many of the road closures were cleared of water by midday Thursday, but with rainfall in the forecast for the weekend, the Boone County Fire Protection District said emergency agencies need the assistance of observant drivers to report wet roads.

"Usually it's called in by citizens or called into joint communications by emergency responders. We are not out on every road, so the public can call in flood notifications," Pounds said.

Anyone who notices flooded streets can file a report by calling Joint Communications at 573-442-6131.