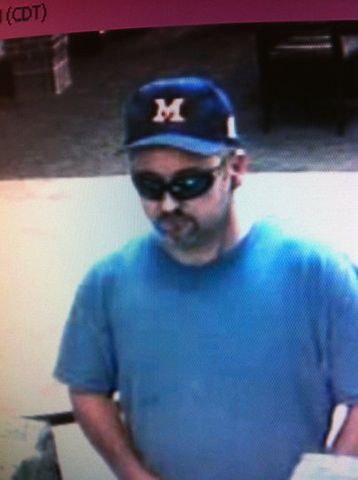 Public Information Officer Latisha Stroer says the suspect slipped the teller a note, and left the scene with an undisclosed amount of cash.

No weapon was displayed.

Stroer says the suspect is a dark-haired white male, 6 feet tall and of a heavy build.  Stroer adds the suspect has a goatee, is wearing blue jeans and a blue t-shirt, a baseball cap, and sunglasses.

If you have any information, contact the Columbia Police Department or Crime Stoppers at (573)875-TIPS.