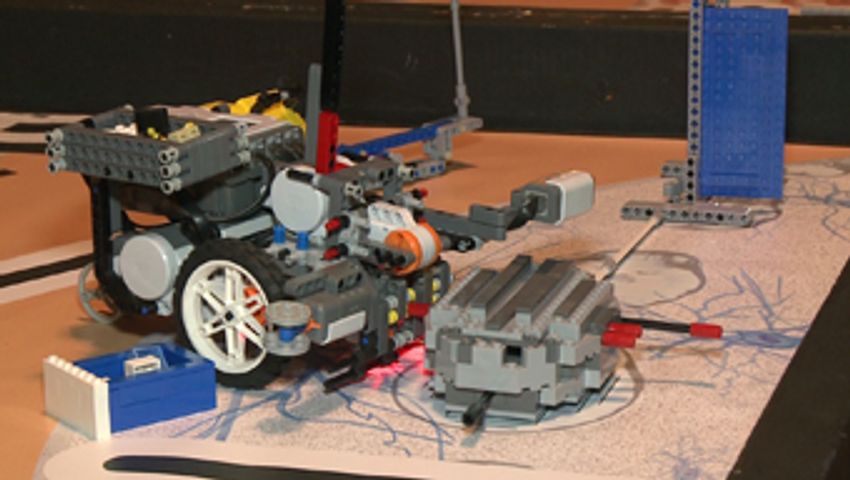 The group has been working on the robot since last December. Teachers think that this is a great way to teach students.

"Some of the students, you don't know how good of students they are, but they are like cream, they rise to the top," said adviser Steve Chott.

The team is made up of a group of students with advisers that help them along the way.

"This is really their design, we are just here to point out a few things," said Chott.

Not only do the students learn how to build and program, they learn many other things as well.

"Learning how to a troubleshoot and problem-solve everything kinda comes in handy. Throughout the entire process you kinda learn how to deal with problems as they come," said junior Zeke Rachow.

Many hours are put into the making of this robot. On Presidents' Day Weekend, the group put in sixty hours. Even though there may be long hours, they know it's worth it.

"It's really been fun because they are so enthusiastic," said adviser Julie Lyman.