Rock Bridge Elementary to phase out use of trailer classrooms 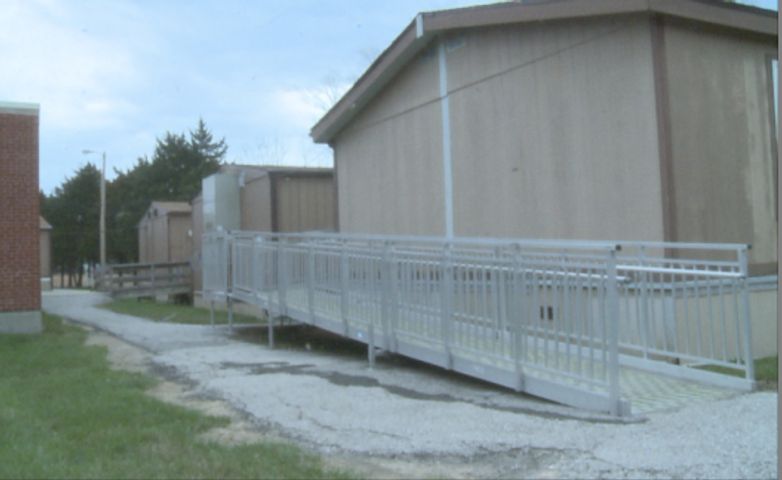 COLUMBIA - The $30 million bond issue Columbia voters approved at the beginning of April will soon be put to use. Columbia Public Schools announced it will use the money to build a classroom extension onto Rock Bridge elementary school.

"We had several buildings we were thinking about, but the committee felt comfortable having that discussion specifically about Rock Bridge," Baumstark said.

Baumstark said one of the district's long-term goals is to get rid of trailers currently being used as extra classrooms.

"We were trying to look in past yearbooks and haven't found the exact number, but we think those trailers have been there for maybe 20+ years," Link said.

Both Baumstark and Link said Rock Bridge is running out of space, and that is something CPS will have to take into account in the future.

"We're looking at patterns of growth and south Columbia is one of our faster growing areas," Baumstark said. "Rock Bridge has seen exponential growth and we are trying to make sure we stay ahead of the growth instead of playing catch-up."

"For a building that is feeling some overcrowding, providing some extra space is key," Link said. "As you add more students, for example, little things like restroom space, adding more learning space helps."

While the bond was approved Apr. 3, the district will not take out the bond until June 2019.

"I think there's a misconception that once a bond issue is approved, the cash is immediately available and that's not really how it works," Baumstark said. "But I think people will be looking for dirt moving soon in terms of building the schools."

In addition to construction in the near future, Baumstark said the district is already starting to think about its next 10 year project.

"We've received a lot of community input about what to do next," Baumstark said. "We're looking at maintenance and upkeep, but we are also thinking about enhancements in athletics and activities and how we go about accomplishing those things to meet not only what our community expects but also making sure we're doing a good job taking care of what we have."

Some of the long-term plans include tuck pointing, roof repair rotations and improvements to technology and infrastructure.

At the long-range facilities planning meeting Thursday, there was mention of future renovations to three elementary schools, Benton STEM, Ridgeway and Two Mile Prairie, but Baumstark said the district is just thinking ahead.

"It’s not something that is in the immediate future. We can’t even consider any possible changes for another 7 years," Baumstark said. "The discussion was about aging buildings and the costs of maintenance. No decisions or formal plans are in place. Just a discussion about our current challenges with aging buildings."

Baumstark said there is nothing to worry about in terms of the state of those three schools at this time. The district is just trying to stay forward-thinking.

"I think it would be irresponsible for us to not be looking down the road at all times and thinking about the future maintenance of our buildings and facilities," Baumstark said.

The next long-range facilities planning meeting is scheduled for May 10. It is open to the public.